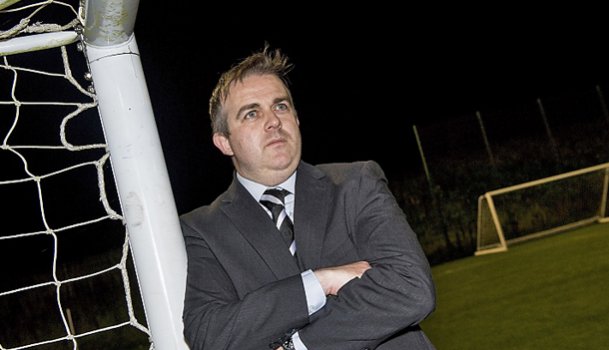 Edinburgh City have parted company with manager Gary Jardine in the wake of Saturday&#39;s 3-0 defeat to Stenhousemuir at Ochilview.

Edinburgh City have parted company with manager Gary Jardine in the wake of Saturday's 3-0 defeat to Stenhousemuir at Ochilview.

He had been in charge since back in 2010, initially as co-manager, and led the club into the SPFL from the Lowland League last summer. However, they have picked up just six points from eight games so far this season and are second from bottom in Ladbrokes League 2.

"The club would like to thank Gary for his hard work and dedication during his time at Edinburgh City and would like to acknowledge his enormous contribution in guiding the club from the Lowland League to the Scottish Professional Football League and in achieving a seventh-place finish in the club’s first season in the SPFL. We wish him well for the future.

"The Board will now begin the process of recruiting a new manager and the club will make no further comment until that process is completed."