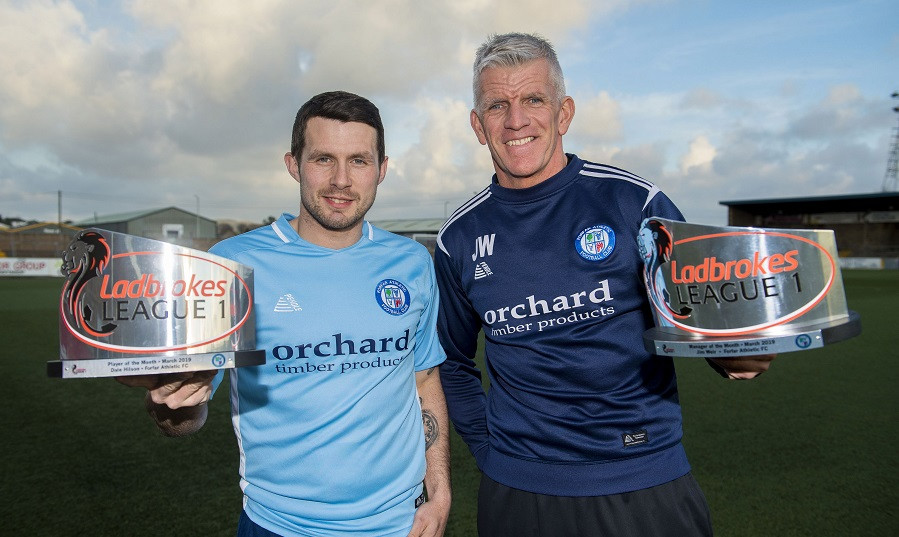 Forfar Athletic have earned a Ladbrokes League 1 awards double for March after continuing their good run of form.

The Loons won all three home games, beating East Fife (3-0), Raith Rovers (2-1) and leaders Arbroath (2-1) and are third in the table going into Saturday's game away to Stranraer.

Former Dundee United striker Hilson weighed in with four goals during March, with two of them shortlisted for SPFL Goal of the Month.