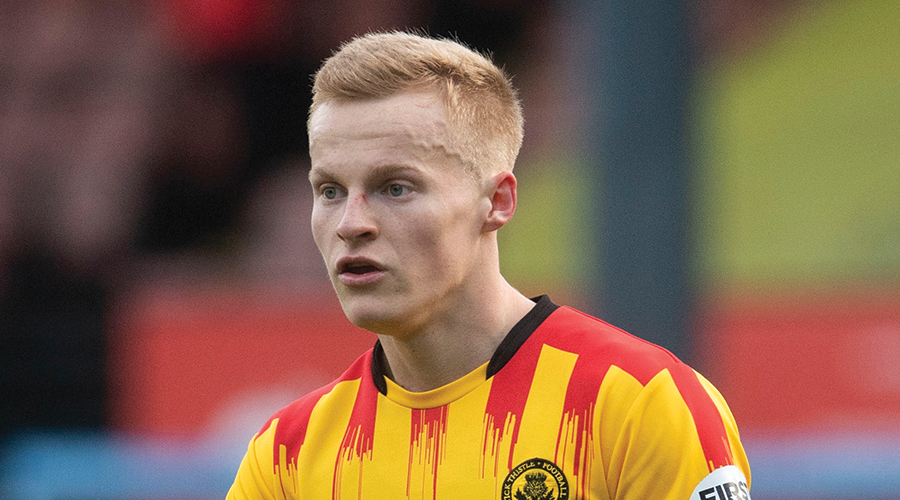 Read some insight into this season's League 1 select, with some comments and opinions from fans and podcasts!

GK – Stuart McKenzie (Cove Rangers) – The keeper has been a constant between the posts in the Toonsers’ maiden League 1 campaign. A good shot stopper who commands his box well, McKenzie kept a league-high 10 clean sheets in 22 appearances as Cove reached the play-off semi-finals after a third-placed finish.

RB – Cammy Ballantyne (Montrose) – Equally as comfortable going forward as he is defending, Ballantyne’s energy and effort was a huge asset in a season where the Links Park Dynamo finished above full-time outfit, Falkirk. His ability and consistency has made him one of the league’s most valuable players.

CB – Darren Brownlie (Partick Thistle) – The addition of Darren Brownlie to Partick Thistle has been transformative, to say the least. The big centre back’s awareness, presence and no-nonsense attitude helped the Jags to keep 11 clean sheets in 22 league games, conceding only 18 goals in the process. A player who could be the centre piece in the club’s defensive jigsaw for many years to come.

CB – Callum Fordyce (Airdrieonians) – Callum Fordyce and centre-back partner Sean Crighton were both consistently solid performers in a Diamonds side which reached the play-off final following a second-place finish. It was another stellar campaign for Fordyce, who has been arguably the best, and most consistent central defender at League 1 level over the past two years.

“Dycey” has been the rock around which Airdrie’s defence has been built. He played every minute of every game for the club this season and rarely put a foot wrong. He was been voted Player of the Year by the Diamonds supporters for a second consecutive season and the Airdrie Supporters were delighted when it was announced that he has signed up for next season and will act as Club Captain. – Only The Lonely Podcast (@OTL_Podcast)

LB – Leon McCann (Airdrieonians) – The young full-back has gone from strength to strength since he signed permanently with the Diamonds. Technical proficiency, coupled with a fantastic work ethic have shown McCann to be a real star in the making. At just 21 years old, the sky is the limit for a player whose best years are certainly ahead of him.

Leon McCann has won the Airdrieonians’ Young Player of the Year for a Second successive season. He first joined on a loan from Hamilton Academically and the Airdrie fans were shocked but delighted when the club was able to permanently sign a player who had very quickly impressed the Diamonds faithful. Leon is solid in defence and but also very comfortable going forwards and possesses the skill to beat an opponent and turn defence into attack. – Only The Lonely Podcast (@OTL_Podcast)

RM – Graham Webster (Montrose) – Is Graham Webster the most under-rated player in the SPFL? A player who is equally as comfortable playing on either flank, or through the middle, ‘Webby’ is the driving force in the Montrose midfield. His eight goals and two assists played a massive part in the ‘Mo securing a fourth-placed finish in League 1 for the second consecutive season.

CM – Scott Brown (Peterhead) – Peterhead fans will be delighted to see that skipper Brown has committed to the Balmoor side for the 21/22 season. The central midfielder is a dynamic performer with the ability to drive play forward and create, as well as score. Brown hit five league goals, including two separate Goal of the Month contenders against East Fife and Forfar Athletic!

Scott Brown has been brilliant this season. He played all 27 matches for Peterhead and never let his performances drop in those games. His work rate at either end of the park goes a long way to lifting the players around him, and as captain, leads by example. He also chipped in with goals, and for the second season in a row was the club’s top scorer, including a goal of the season contender against East Fife. – The Blue Toon Podcast (@toon_blue)

CM – Stuart Bannigan (Partick Thistle) – It’s no wonder Partick Thistle fans voted Bannigan as their Player of the Year. Arguably the best all-round player in the division, the midfielder’s tireless running and classy midfield play shone brightly across the season at Firhill. A product of the Thistle academy, Bannigan has been the beating heart of the Jags’ midfield for just over a decade.

LM – Scott Tiffoney (Partick Thistle) – Sometimes loan signings just click. That can certainly be said for Scott Tiffoney, who joined the Jags from Livingston in March and scored seven goals in just 11 league appearances, propelling Thistle to the League 1 title. Tiffoney’s pace, dribbling, direct running and goalscoring prowess made him an instant hit in Maryhill, where he has now signed a permanent deal.

Bringing pace, a genuine attacking threat and some much-needed creativity to the team, he provided some crucial goals and assists, which spurred the Jags on to winning the league. Scored a brace v Airdrie on his league debut in a 4-2 win. His last-minute equaliser in a 2-2 draw at Bayview (after being 2-0 down at half time and sitting 6th in the table) was a real turning point in our season and his stunning equaliser v Cove took the pressure off us in the next game against Falkirk. He raised the confidence of the whole team (assisting Zak Rudden’s long-awaited first league goal for the club against Clyde) and we wouldn’t have won the league without his contribution. – Smurph (@smurphptfc)

ST – Mitch Megginson (Cove Rangers) – It was a season to remember for the Cove Rangers legend, who found the net 14 times in 19 league appearances en route to collecting the League 1 Player of the Season award. An outstanding striker, whose link-up play and goalscoring abilities are second to none. Megginson will be looking to perhaps even better his tally next season as Cove gear up for another promotion push.

ST – Brian Graham (Partick Thistle) – Brian Graham’s ability to find the net, as well as providing a focal point to the Jags’ attack, saw him quickly endear himself to the Thistle fans. The striker scored 11 times in 19 league appearances, spearheading the Firhill side’s attack as they clinched the League 1 title to bounce back up to the Championship at the first time of asking.

It is Brian Graham’s passion in a red and yellow shirt as much as his goals that have endeared him to the Firhill faithful. Brian played a key role as Thistle went on a late blaze of glory to win the League One title. But earlier in the season - as Thistle struggled to find their rhythm in a league that they should never have been in - his vital goals saved us from becoming totally detached from the early pacesetters Falkirk and Cove Rangers. Great and important goals he scored too. A beautiful lob v East Fife back in November 2020, a vital winner against Airdrie in the first game of the split.. and that delightful shimmy and right foot ping from 25 yards to put The Jags 3-0 up v Falkirk the on that night we clinched the title will be remembered for a long time. He racked up 11 league strikes in 22 games and his all round contribution - tireless effort, link-up play and off the ball movement, tackles (careful now!) must make him a serious contender for the League One player of the season. A special pairing with young Zak Rudden has been established and who would bet against the duo setting The Championship alight next season too. Brian celebrated every goal with such raw emotion. Now he says he can’t wait for the Thistle fans to get back inside Firhill. The feeling is mutual and we’re lucky to have him. – Erik Geddes (@erikgeddes)