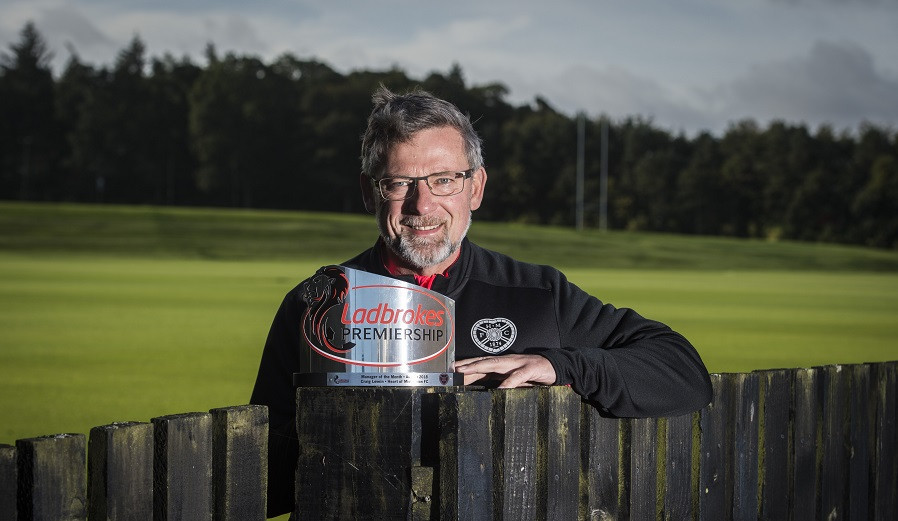 Heart of Midlothian boss Craig Levein has been voted Ladbrokes Premiership Manager of the Month for August.

The league leaders began the season with a 4-1 win away to Hamilton Accies then beat reigning champions Celtic 1-0 at Tynecastle.

Hearts completed their August fixtures with a 1-0 victory at Kilmarnock and continued their perfect start into September by beating St Mirren and Motherwell.

They are the only SPFL side with a 100% record as they prepare to face Livingston at Tynecastle on Saturday.