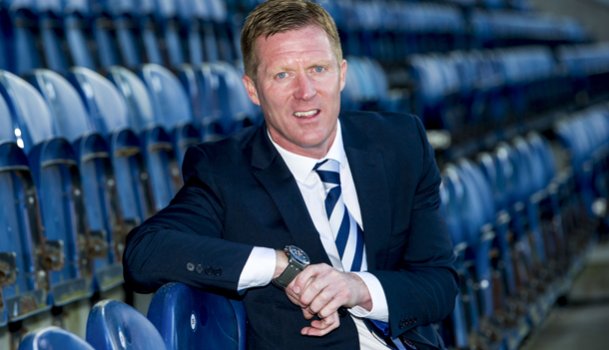 Cowdenbeath have named Gary Locke as their new manager following the departure earlier this week of Liam Fox.

Cowdenbeath have named Gary Locke as their new manager following the departure earlier this week of Liam Fox.

Locke makes the move to Central Park after recently parting company with Raith Rovers and has also previously managed Hearts and Kilmarnock.

Cowdenbeath are seven points adrift at the foot of Ladbrokes League 2 after seven straight defeats and Neil Hastings and Burton O’Brien will take charge for Saturday's game against Berwick, although Locke will be in attendance at Shielfield.

A club spokesman said: “We ask all fans to give Gary a very warm welcome to Central Park and their full support as we face the major challenge that lies ahead in the next couple of months.

“We do believe that this is a point in time that everyone with Cowden at heart really needs to come together and focus on backing our club over the remaining games of the season. Please get behind Gary and the team and let’s see what we can achieve.”