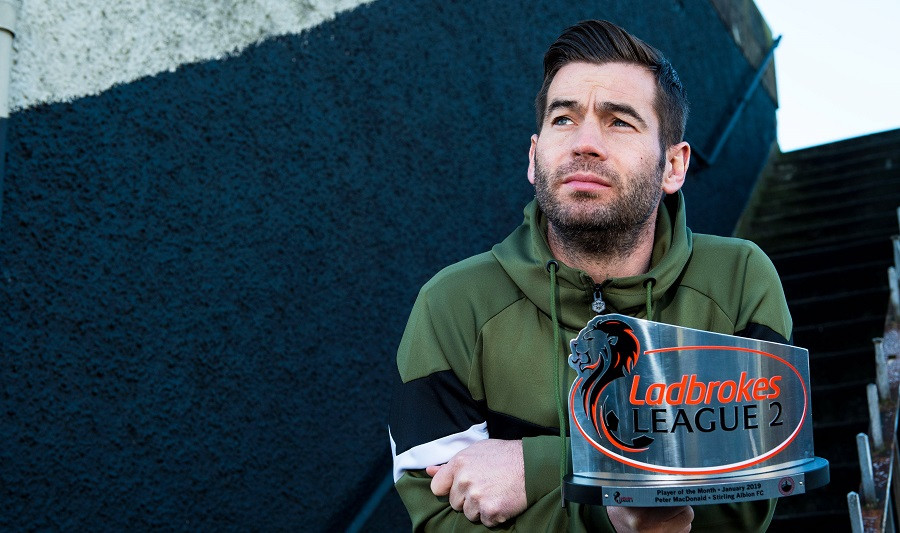 Stirling Albion striker Peter MacDonald has been named Ladbrokes League 2 Player of the Month for January...

The 38-year-old scored five times for Kevin Rutkiewicz's side last month, including a hat-trick in the 5-0 win at Albion Rovers last weekend.

It was MacDonald's first treble since he achieved the feat for Morton against Airdrie in 2013 and helped the Binos extend their good run to just one defeat in 11 matches as they chase a play-off place.