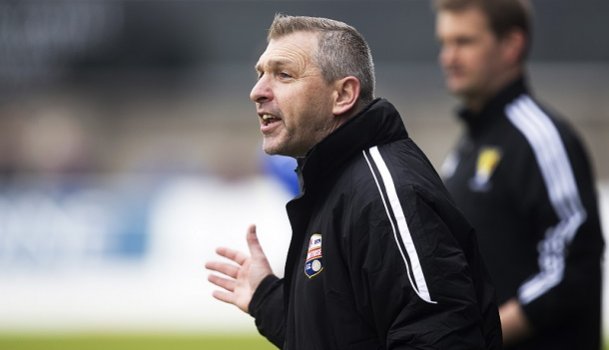 Montrose manager Stewart Petrie has signed a new contract that will keep him at the Links Park club until summer 2019.

Montrose manager Stewart Petrie has signed a new contract that will keep him at the Links Park club until summer 2019.

The former Dunfermline forward took over from Paul Hegarty halfway through last season with the team in danger of dropping out of the SPFL and guided them into the promotion play-offs.

Petrie told the club website: "It was important to keep the nucleus of the team but look to strengthen in key areas. Chris’s decision to stay is fabulous and being able to attract the quality of Martyn is fantastic. Young Danny and Craig will bring freshness to the side to complement the experience of others and securing the services of Matty was a huge bonus for us.

“With the rest of the boys agreeing to extensions, along with the already-signed (Andrew) Steeves, (Gary) Fraser, (Kerr) Hay and (Michael) Bolochoweckyj, we are in a really good place,but we still have a few more to add and I hope to do that soon.”