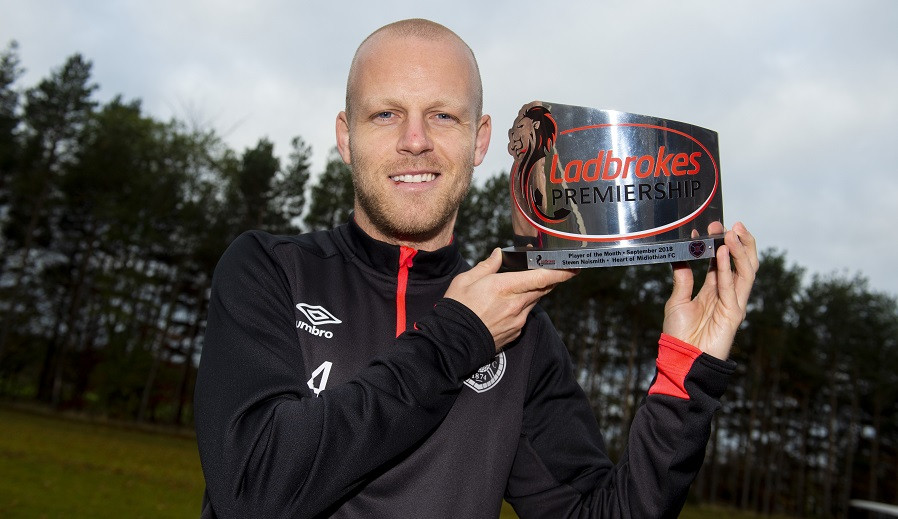 Naismith is Premiership Player of Month

Heart of Midlothian forward Steven Naismith has been voted Ladbrokes Premiership Player of the Month for September.

The 32-year-old scored a hat-trick in the 4-1 win over St Mirren at Tynecastle and also grabbed the winner against Motherwell at Fir Park as Craig Levein’s men ended the month unbeaten and five points clear at the top of the Ladbrokes Premiership.

It was a memorable September for on-loan Norwich City striker Naismith, who earned a recall to the Scotland team. He netted against Albania at Hampden and also scored as Hearts beat Motherwell to reach the Betfred Cup semi-finals.