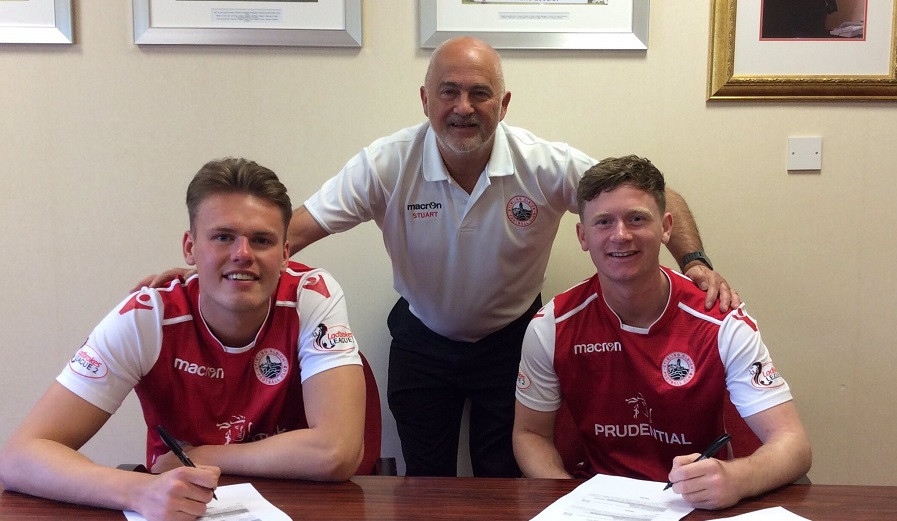 McGregor was snapped up by Binos boss Kevin Rutkiewicz in January following his departure from Aberdeen and has also played for Hamilton Accies and Airdrie.

Former Partick Thistle and Queen's Park midfielder Docherty joined the League 2 club last summer and was a mainstay of the team in 2018/19.