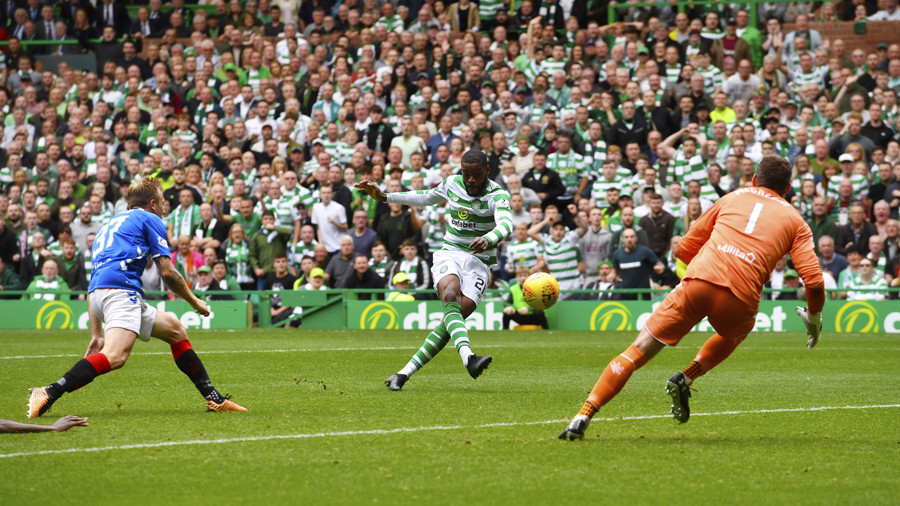 Celtic beat Rangers 1-0 in the first Old Firm derby of the season to move up to second place in the Ladbrokes Premiership table.

Brendan Rodgers' side were denied by the woodwork on three occasions before James Forrest set up Olivier Ntcham to fire past Allan McGregor just after the hour mark.

It means Celtic are now unbeaten in 12 Glasgow derbies while Steven Gerrard suffered his first defeat as Rangers boss.