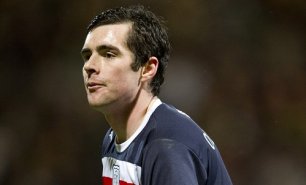 Dundee have parted company with their former captain Stephen O&#39;Donnell.

Dundee have parted company with their former captain Stephen O'Donnell.

The 30-year ex-Dundee United, Ross County, Boston United, Clyde and St Mirren player joined the Dark Blues in the summer of 2010 but has been troubled by injuries of late.

A club spokesperson said: “Everyone at Dundee would like to thank Stephen for his efforts over the years and wish him all the best for the future.

“As one of the Dee-Fiant players of the 2010/11 season he will always have a place in the hearts of the Dundee fans and will always be welcome back at Dens.”