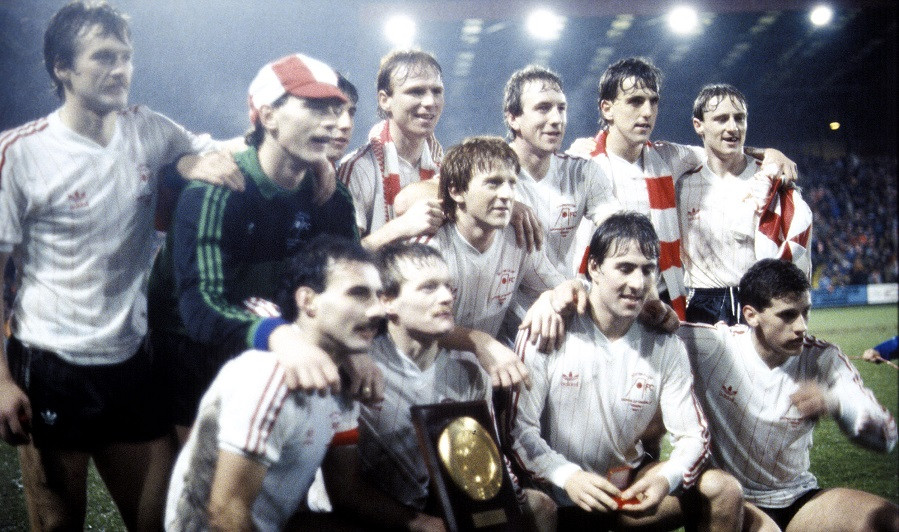 On December 20, 1983 Aberdeen beat Hamburg 2-0 at Pittodrie to win the European Super Cup.

The first leg in Germany ended in a 0-0 draw and goals from Neil Simpson and Mark McGhee earned Alex Ferguson's side victory in the return.

It was Aberdeen's second European trophy following their triumph against Real Madrid in the Cup Winners' Cup final in Gothenburg.