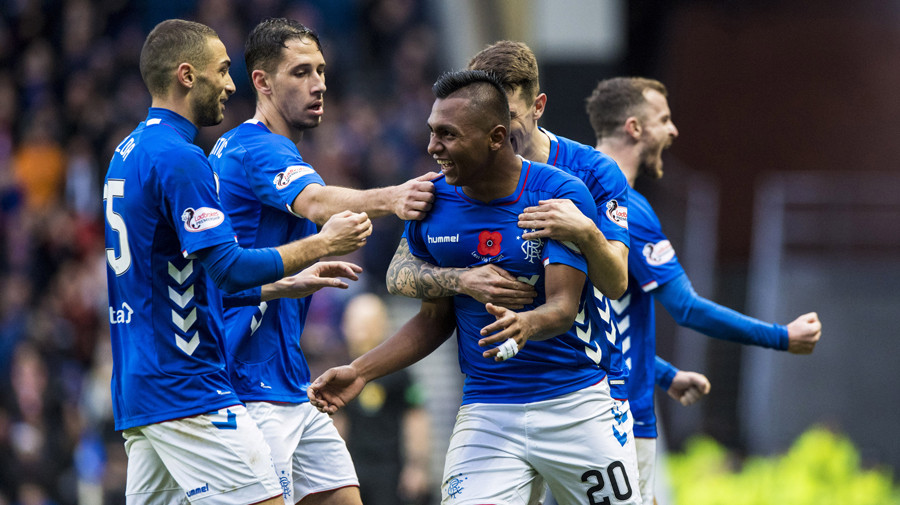 Rangers moved to within two points of leaders Celtic in the Ladbrokes Premiership after thrashing Motherwell 7-1 at Ibrox on Sunday...

Scott Arfield's early opener was cancelled out by Curtis Main but Well had Carl McHugh sent off for a second booking after 34 minutes and James Tavernier (penalty) and Alfredo Morelos had Steven Gerrard's men 3-1 up at the break. Glenn Middleton and Arfield took the tally to five before Eros Grezda weighed in with a double.

In the day's earlier game, Celtic were held to a 0-0 draw by Livingston at the Tony Macaroni Arena but the point was enough to take Brendan Rodgers' side to the top of the table, above Hearts on goal difference.