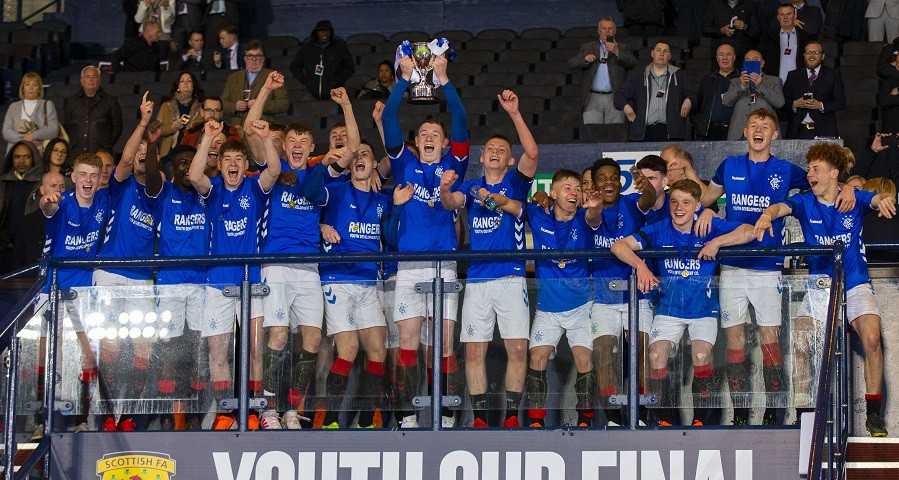 Rangers beat Celtic 3-2 in the final of the Scottish FA Youth Cup at Hampden on Thursday evening.

Nathan Young-Coombes headed the winner for David McCallum's side, with Josh McPake named man of the match.