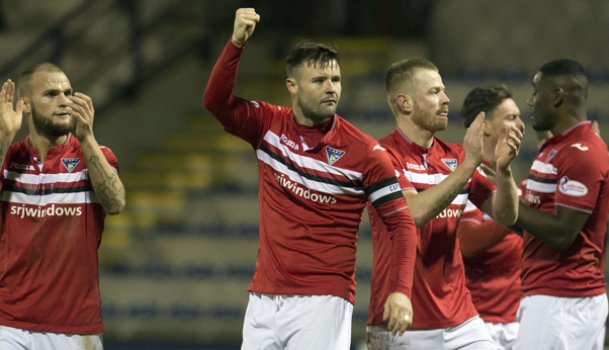 Dunfermline Athletic came out on top in the Fife derby on Monday, beating Raith Rovers 2-0 at Stark&#39;s Park.

Dunfermline Athletic came out on top in the Fife derby on Monday, beating Raith Rovers 2-0 at Stark's Park.

A crowd of 5,899 saw goals from Nicky Clark and Lee Ashcroft seal the points for the Pars, who are up to sixth in the Ladbrokes Championship.

Albion Rovers won the Lanarkshire derby at the Excelsior Stadium with a 2-1 victory over second-placed Airdrieonians thanks to a first-half double from Steven Boyd. Adam Brown netted for the Diamonds.

Rory McAllister got the only goal 13 minutes from time as Peterhead beat Brechin City 1-0 at Glebe Park.

Ladbrokes League 2 leaders Forfar Athletic drew 2-2 at third-placed Elgin City. David Cox's opener was overturned by goals from Chris McLeish and Darryl McHardy but Gavin Swankie earned the Loons a point despite Stuart Malcolm having been sent off.

A big Gayfield crowd of 1,731 saw second-placed Arbroath held to a 0-0 draw by local rivals Montrose.