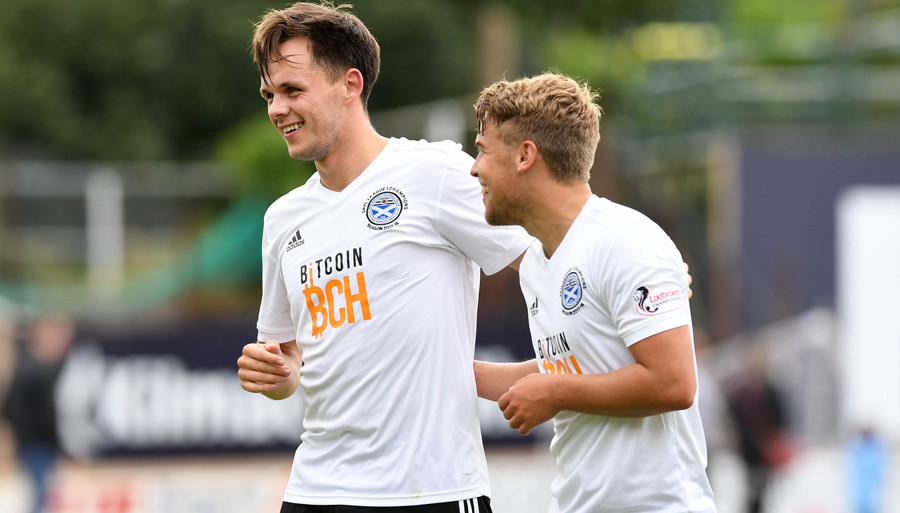 Ayr United are through to the last eight of the Betfred Cup after beating Dundee 3-0 at Dens Park.

Scotland's top scorer Lawrence Shankland weighed in with a double for Ian McCall's men against a Dundee side who finished with nine men. Holders Celtic saw off Partick Thistle 3-1 at The Energy Check Stadium at Firhill, with Tom Rogic netting the clincher. Gary Mackay-Steven scored twice as Aberdeen cruised past St Mirren 4-0 at Pittodrie.

It was tighter at East End Park where Olly Lee struck with 11 minutes left as Hearts defeated Dunfermline Athletic 1-0 and it was the same score at the Tony Macaroni Arena as Danny Johnson sent Motherwell through to the quarter-finals at the expense of Livingston.  Tony Watt bagged a brace as St Johnstone overcame Queen of the South 4-2 after extra time at Palmerston.

Arbroath remain top of Ladbrokes League 1 after a 1-1 draw away to Dumbarton while Airdrieonians are second thanks to a 2-1 victory at Stenhousemuir. Montrose are in third spot after defeating Brechin City 2-1 in the Angus derby at Links Park while Raith Rovers are fourth after being held to a 2-2 draw by local rivals East Fife at Stark's Park. It finished 0-0 between Forfar Athletic and Stranraer at Station Park.

Peterhead are the new leaders in Ladbrokes League 2 after beating Clyde 1-0 at Balmoor with a goal from Rory McAllister. Annan Athletic are second on goal difference following their 3-1 defeat of Queen's Park at Galabank and Elgin City are also on the seven-point mark after winning 1-0 away to bottom club Albion Rovers. Cowdenbeath thumped Berwick Rangers 4-0 at Central Park and Edinburgh City dismissed Stirling Albion 3-1 at Ainslie Park.