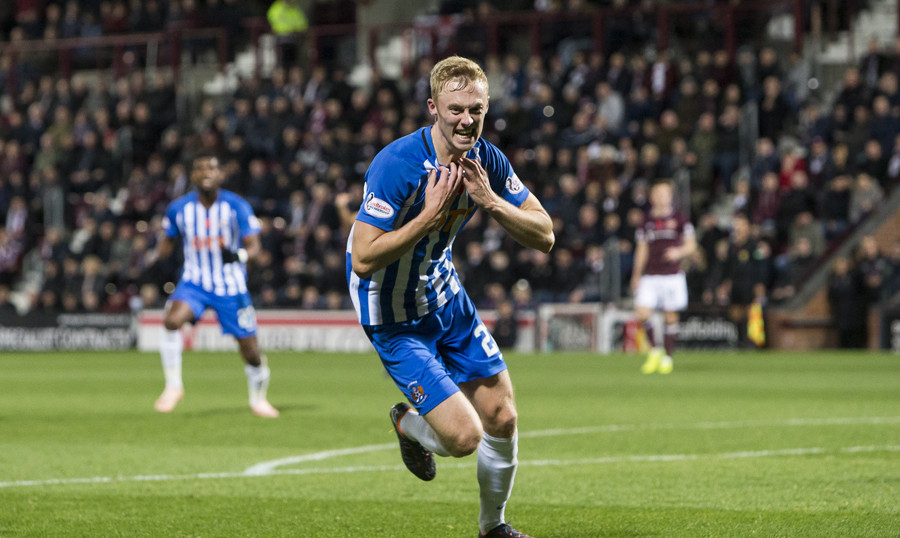 A round-up of today's matches across all four divisions of the SPFL...

Kilmarnock climbed to third place in the Ladbrokes Premiership after a 1-0 win over leaders Heart of Midlothian at Tynecastle thanks to a 73rd-minute goal from Ross Millen. St Johnstone are fourth after thumping Hamilton Accies 4-0 at McDiarmid Park to notch up their fifth straight victory and clean sheet. Dundee remain bottom of the table after a 1-1 draw with fellow strugglers St Mirren at the Kilmac Stadium at Dens Park.

It was a good day for the away teams in the Ladbrokes Championship, with leaders Ayr United the only home side not to lose. The Honest Men drew 1-1 with Queen of the South to go four points clear as closest challengers Ross County went down 1-0 to Dundee United in Dingwall. Bottom club Falkirk upset rivals Dunfermline Athletic with a 1-0 win at East End Park and unbeaten Inverness CT defeated struggling Partick Thistle by the same score at the Energy Check Stadium at Firhill. Alloa Athletic moved out of the relegation zone thanks to a 2-0 win over Morton at Cappielow.

Arbroath beat local rivals Montrose 2-0 in front of 1,271 fans at Gayfield to go 10 points clear at the summit of Ladbrokes League 1 as second-placed Raith Rovers lost the derby 2-1 to East Fife in Methil. Barry Smith enjoyed his first game as Brechin City boss as they thumped Forfar Athletic 4-0 at Glebe Park. There were 2-1 win over Airdrieonians, away to Stranraer, and Dumbarton at home to Stenhousemuir.

Edinburgh City beat bottom club Albion Rovers 2-1 in Coatbridge to return to the top of Ladbrokes League 2 as Peterhead's good run came to an end with a 2-0 defeat to Queen's Park at Hampden. Third-placed Clyde scored a stoppage-time equaliser to salvage a 1-1 draw with Stirling Albion at Broadwood. Annan Athletic stay fourth despite losing 2-0 to Cowdenbeath at Galabank as Elgin City were beaten 4-2 by Berwick Rangers at Borough Briggs.