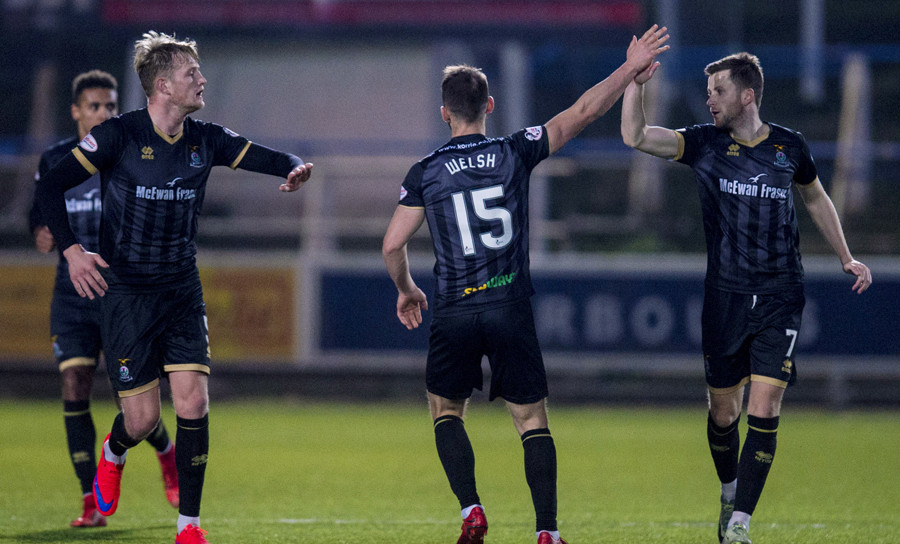 Round-up of today's matches in the Ladbrokes Championship, League 1 & League 2

All three games in the Ladbrokes Championship ended all square. Leaders Ayr United were held to a 0-0 draw by Morton at Somerset Park and had Craig Moore sent off but extended their lead to five points over Ross County, who were on IRN-BRU Cup duty.

Falkirk stay bottom of the table after a 1-1 home draw with Partick Thistle while Inverness CT remain unbeaten after storming back from three goals down to draw 3-3 with Queen of the South at Palmerston - Sean Welsh scored the equaliser from the penalty spot.

Arbroath marched on at the top of Ladbrokes League 1, thrashing local rivals Brechin City 5-1 at Glebe Park to stay 10 points clear of Raith Rovers, who defeated bottom club Stenhousemuir 3-1 at Ochilview. East Fife stay third despite losing 4-2 away to Airdrie while Forfar Athletic saw off Dumbarton 3-0 at Station Park to stay fourth. Montrose and Stranraer drew 1-1 at Links Park.

With Ladbrokes League 2 leaders Edinburgh City and second-placed Peterhead not in action, Clyde closed the gap with a 3-1 win away to Elgin City while Annan Athletic stay fourth despite being held to a 2-2 draw by Stirling Albion at Galabank. Albion Rovers are now seven points adrift at the foot of the table after losing 2-0 to Berwick Rangers at Shielfield.