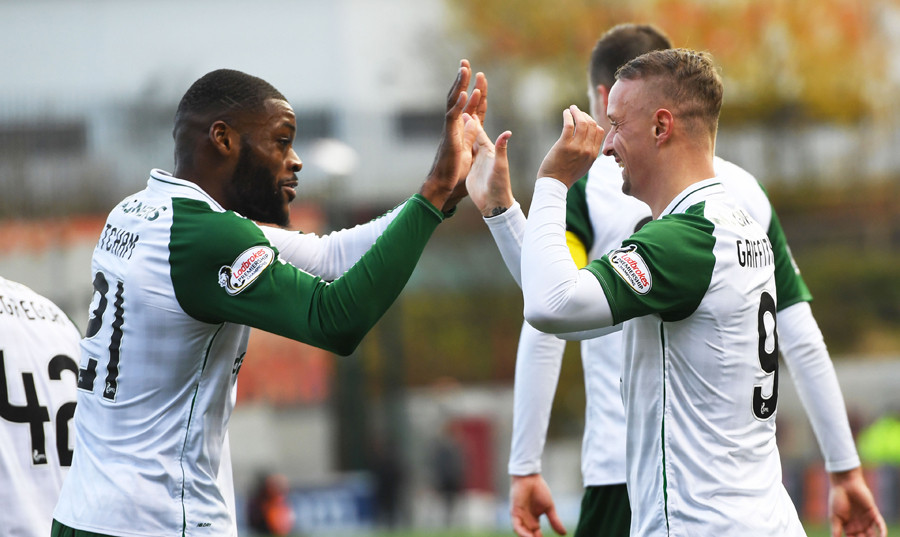 A round-up of today's matches in the SPFL...

Celtic have a two-point lead at the top of the Ladbrokes Premiership after winning 3-0 away to Hamilton Accies this afternoon.

Ryan Christie opened the scoring and a Scott Martin own goal put the game beyond the hosts before substitute Leigh Griffiths rounded things off.

Rangers are up to second place thanks to a 3-0 victory over Livingston at Ibrox with goals from Daniel Candeias, Alfredo Morelos and Scott Arfield.

Hearts dropped to third place after losing 2-0 to St Mirren in Paisley - Adam Hammill netted a double for Oran Kearney's side. Motherwell claimed an impressive 3-0 win against Aberdeen at Fir Park, where Danny Johnson scored a double and David Turnbull struck early in the second half.

Bottom club Dundee fought back from two goals down to draw 2-2 with Hibernian at Easter Road. Kenny Miller and Paul McGowan netted for the Dark Blues after a Genseric Kusunga OG and Ryan Porteous had put Hibs in control. St Johnstone notched up a sixth clean sheet in a row as they drew 0-0 with Kilmarnock at McDiarmid Park.

Ross County are back up to second in the Ladbrokes Championship after beating Dunfermline Athletic 2-1 in Dingwall. Billy Mckay and Jamie Lindsay scored for the Staggies before Jackson Longridge pulled one back for the 10-man Pars, who had Kallum Higginbotham sent off after 15 minutes.

There were no games in Ladbrokes League 1 & League 2 due to the third round of the Scottish Cup.