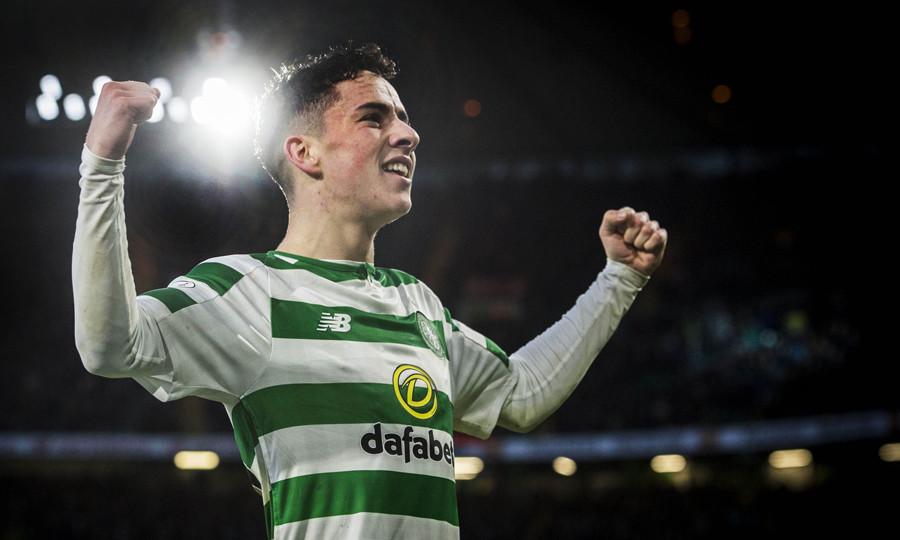 Round-up of today's games across all four divisions of the SPFL...

Celtic have a three-point lead at the top of the Ladbrokes Premiership after beating bottom club Dundee 3-0 at Parkhead, helped by a Mikey Johnston double. Second-placed Aberdeen continued their good run with a 2-0 victory over Hearts at Pittodrie, with Sam Cosgrove bagging a brace.

St Mirren earned an important 1-0 win over Motherwell at Fir Park while there were 1-1 draws between Hamilton Accies and Kilmarnock at the Hope CBD Stadium and Hibernian and Livingston at Easter Road. St Johnstone host Rangers on Sunday, live on BT Sport with a 12.15pm kick-off.

Ross County moved to the top of the Ladbrokes Championship thanks to a 2-0 win over Partick Thistle in Dingwall while Ayr United were held to a 0-0 draw by Dunfermline Athletic at East End Park. Third-placed Dundee United beat bottom club Falkirk 2-1 at Tannadice and Inverness CT, who are fourth, defeated Morton 2-1 at Cappielow. Alloa Athletic are out of the relegation zone following a 2-0 success against Queen of the South at the Indodrill Stadium.

Ladbrokes League 1 leaders Arbroath saw their unbeaten run ended by closest challengers Raith Rovers, who trimmed the gap to 10 points with a 2-0 win in front of 1,800 fans at Gayfield. Third-placed East Fife beat Forfar Athletic 1-0 at Bayview and Montrose are fourth following their 3-1 victory over bottom club Stenhousemuir at Links Park. Airdrieonians beat Brechin City 1-0 at Glebe Park and it was also 1-0 for Stranraer at Dumbarton.

There's no change in Ladbrokes League 2 after the top five teams all won. Leaders Edinburgh City beat Cowdenbeath 2-0 at Central Park while second-placed Peterhead saw off Stirling Albion 4-1 at Balmoor. Third-placed Clyde were 3-0 winners against Albion Rovers in Coatbridge and Elgin City, who are fourth, swept aside Queen's Park 4-0 at Hampden. It was also 4-0 for Annan Athletic against Berwick Rangers at Galabank.