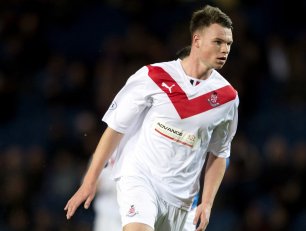 Midfielder&#39;s stay at Excelsior is a short one

Airdrie have parted company with midfielder David Sinclair who joined the Diamonds from Ayr United in the summer.

The 23-year-old product of the Livingston Youth Academy scored 10 times for Ayr United last season, and earned a trail with Birmingham City, before an ankle injury cut short his time with the Honest Men.

Sinclair signed for Airdrie in the summer after an operation and played in 18 games however he has fallen out of their starting line up under recently appointed manager Gary Bollan.