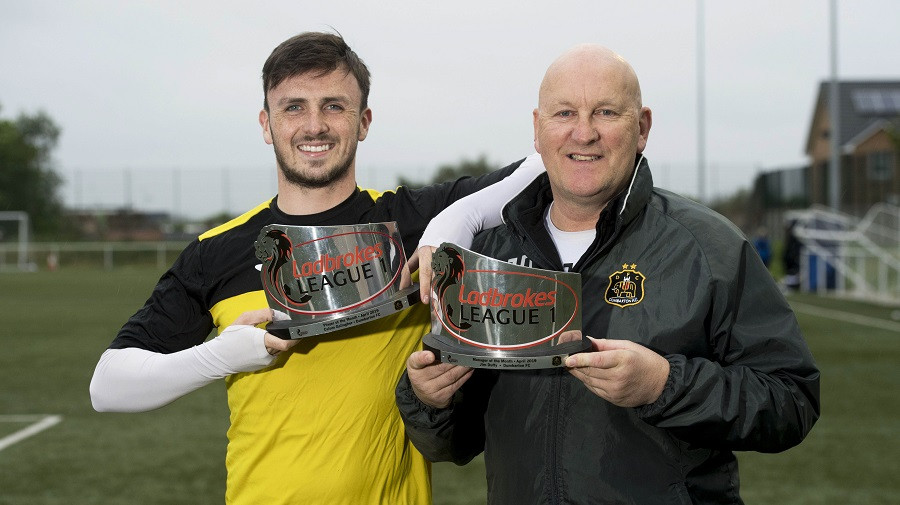 Dumbarton have been rewarded for their fine run of form with a Ladbrokes League 1 double for April...

That sequence of results ensured their League 1 status for next season ahead of today's game against champions Arbroath at Gayfield.