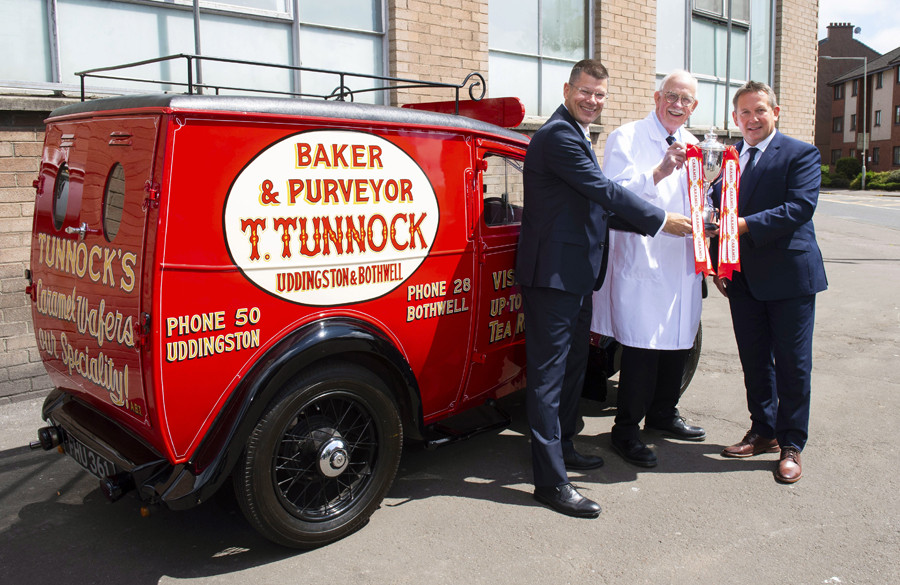 SPFL links up with Tunnock's

The deal with the world-famous Scottish family business will see the competition renamed as The Tunnock’s Caramel Wafer Cup for the 2019/20 season.

The new partnership was announced at Tunnock’s iconic factory in Uddingston, where the draw for the first and second rounds of the competition were presided over by Tunnock’s Chairman and owner Sir Boyd Tunnock, SPFL Chief Executive Neil Doncaster and former Scotland international Billy Dodds.

The announcement represents another significant investment into Scottish football. In the last 18 months alone, improved deals have also been secured with league sponsors Ladbrokes and League Cup sponsors Betfred.

Thomas Tunnock Limited is headed up by Sir Boyd Tunnock, the grandson of founder Thomas Tunnock. Based in Uddingston, the company is one of the region’s biggest employers and lays claim to being one of the oldest family firms still in operation in Scotland, having begun in 1890. Tunnock’s distributes its famous Caramel Wafer, Teacake and Snowball products all over the world.

Neil Doncaster, SPFL Chief Executive, said: “We are thrilled to bring Tunnock’s on board with us as title sponsor for the newly-named Tunnock’s Caramel Wafer Cup from season 2019/20.

“The inclusion of teams from across the UK and Ireland has given the competition a new lease of life and has generated fresh interest amongst fans.

“Tunnock’s is regarded as one of Scotland's most iconic brands. The company is famous worldwide and has a track record of being at the forefront of innovation within their industry - so this competition is a fantastic fit. We look forward to working closely with them as we continue to develop the football and fan experience.”

Sir Boyd Tunnock, owner of Thomas Tunnock Limited said: “We are delighted to support this exciting and unique competition. Playing, watching and discussing football is such a big interest for many of our customers so we look forward to working alongside the SPFL to help promote the game in Scotland, and beyond.”