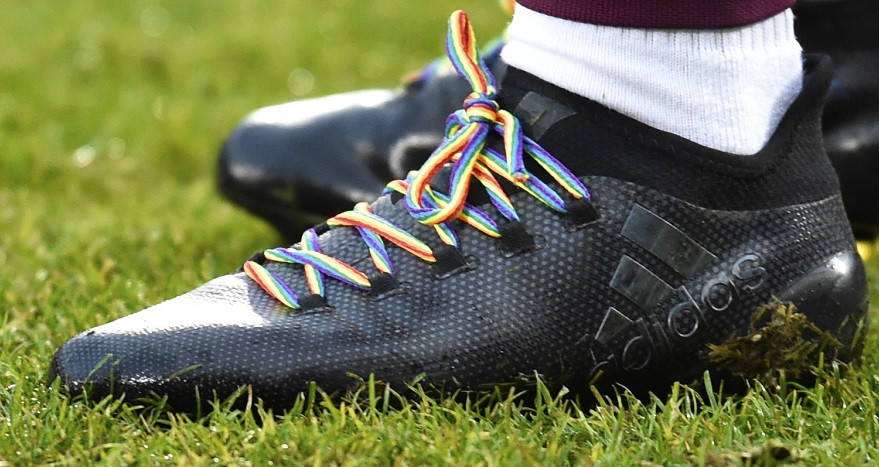 Scottish Professional Football League clubs are once again lacing up for Stonewall’s award-winning Rainbow Laces campaign with a united show of support for LGBT equality at SPFL league matches from 30 November to 5 December.

Stonewall, the UK’s leading charity for lesbian, gay, bi and trans equality, is this year challenging fans and athletes to be ‘active allies’ and to play their part in ensuring LGBT people feel included in sport.

As well as SPFL players wearing Rainbow Laces on their respective campaign match days, Stonewall has released resources for clubs and Scottish football fans on what they can do to promote LGBT equality in sport.  More information on these resources can be found at www.stonewall.org.uk/our-work/campaigns/rainbowlaces

The tips include practical suggestions everyone can take part in, such as:

- Watch your language. Words have impact so challenge chants and insults.

- Report abuse. Learn how to report online, at live sport events and when taking part yourself.

Neil Doncaster, SPFL Chief Executive, said: “We are once again proud to stand together with Stonewall and other major UK sporting leagues and show our support for the Rainbow Laces campaign. Scottish clubs are working hard to promote inclusion and diversity across all levels of the game and we hope that this campaign will help lead to greater tolerance and understanding of LGBT issues. We believe that football is a sport for all and everyone should feel welcome and safe at our matches, whether playing or spectating.”

Kirsty Clarke, Stonewall’s Director of Sport, said: ‘It’s great to see UK sport banding together in the biggest ever show of support for LGBT people in sport.
‘Whether you’re in to cricket, darts, rugby, football or athletics, your sport is taking part and lacing up.
‘But it can’t just be the national bodies making this statement. We need every sports fan to do the same and commit to stand up as an ally to LGBT people in their sport and beyond.

‘What that action looks like is simply being a good teammate and taking responsibility for making LGBT people feel welcome. Not only can you show your support, you can challenge chants or insults about LGBT people, or report abuse, whether that’s online, watching live sport or taking part.

‘So many sports wanted to take part this year we had to extend the campaign from a week to three weeks and that just shows what an appetite there is for positive change across the sporting world.’