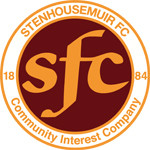 BSC Glasgow boss takes over at Ochilview from Davie Irons

Stenhousemuir have appointed Stephen Swift as their new manager following the recent departure of Davie Irons from the League 2 club.

Chairman Iain McMenemy told the club website: “Stephen has built himself a very positive reputation as a modern, progressive manager that can lead and inspire a team to success. He has a strong focus on strategy and tactics, and we believe this will really enhance our ambitions as a club.

“We have spent the last couple of years building a modern, resourced football department at Stenhousemuir that is able to support the management team in terms of recruitment and play. We see Stephen’s appointment as a crucial part of our efforts to take the club forward.”