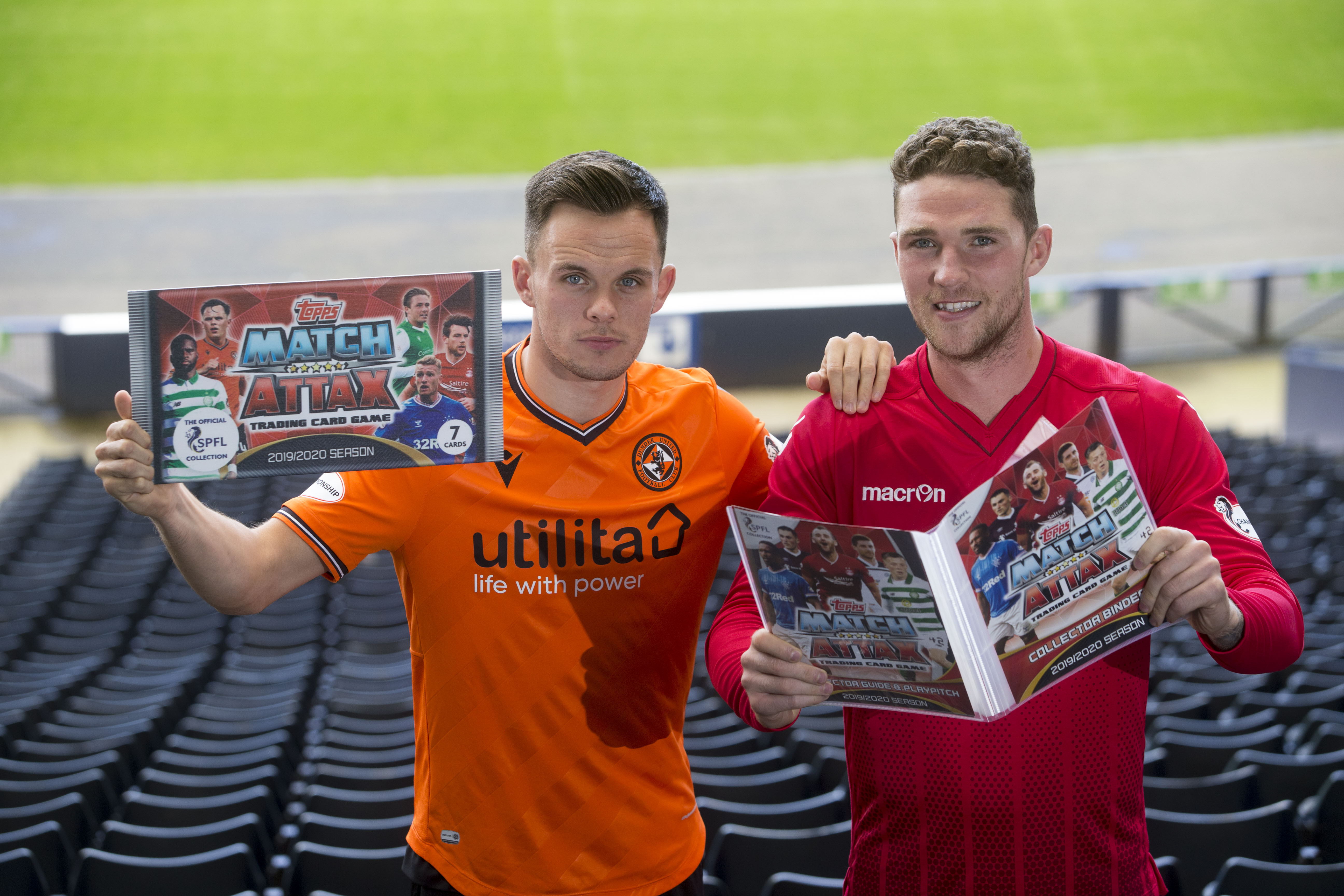 Stars of the Premiership and Championship were at Hampden Park for the launch of the brand new SPFL Match Attax trading card collection...

Premiership and Championship clubs were represented at this week’s launch of the brand new SPFL Match Attax 2019/20 trading card game, which is now on sale!

Topps Match Attax, the world’s most successful football trading card game, offers fans of all ages a fun-filled addition to the new SPFL season. Featuring amazing new cards, brand new foil sets and the biggest stars of the Scottish Premiership and Championship, the 2019/20 SPFL Match Attax collection is a must-have for fans of Scottish football and promises to be the biggest season ever.

Steve Conner, UK Sales Director at Topps, comments: “The 2019/20 SPFL Match Attax collection is our eighth release and the world’s most successful trading card game continues to be ever popular with all ages of Scottish football fans. We’re sure this year will be no different!

“The collection has been upgraded for the new season, with new cards to collect and trade, giving fans the opportunity to play a fresh, modern version of SPFL Match Attax.”

There are more than 300 cards to collect, including CLUB’s Rising Star and Captain cards, plus a foil Man of the Match and ‘100 Club’ cards. This season sees the introduction of the Star Player card, as voted by the fans, with the all-new Trophy cards rounding off the 2019/20 collectables. In addition, for the first time there will be super rare ‘Relic Cards’. Each Relic Card features a swatch of shirt actually worn by the player in an SPFL match. There are shirts from 33 different players with one of these fantastic cards found inside one lucky packet in every box.

The SPFL Match Attax Starter Pack retails at £5 and includes a collector binder, A2 play pitch and game guide and a six-card packet containing two gold limited edition cards. A packet of seven cards will be on sale for £1.

There is also the SPFL Match Attax Collector’s Tin available in two sizes, with the mini tin retailing at £7, which includes a limited-edition legends card, all packaged to keep collections safe and travel handy. The mega tin will retail at £10, containing 60 cards and a guaranteed Superstar limited edition card.

To win some Match Attax goodies, follow @toppsmatchattax and post a picture of you taking a selfie buying a new pack. We’ll select winners at random. #CollectSwapPlay