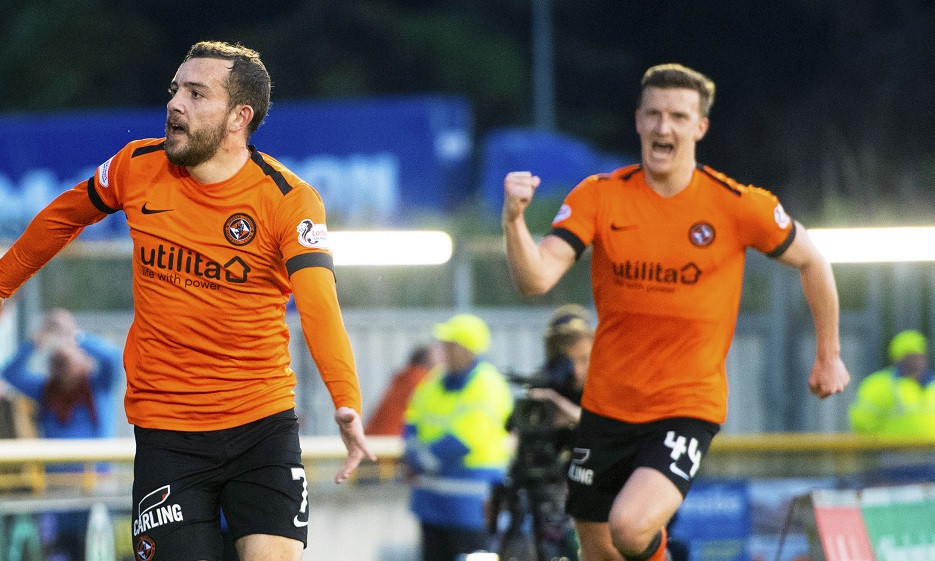 The home side had Liam Polworth sent off early in the second half and Paul McMullan grabbed the only goal with 12 minutes left at the Caledonian Stadium.

The second leg is at Tannadice on Friday, with the winners taking on St Mirren or Hamilton Accies in the final on May 23 & 26.

David Goodwillie missed a penalty for the Bully Wee before Chris Johnston scored what proved to be the winner midway through the first half. The second leg is at Broadwood on Saturday.

Raith Rovers and Queen of the South meet at Stark’s Park this evening in the first leg of the Ladbrokes Championship play-off final.