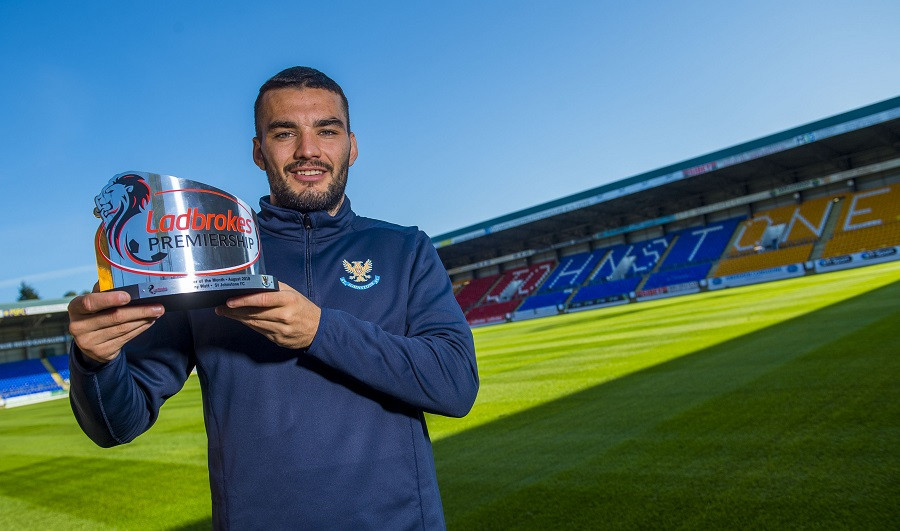 Watt named Player of the Month

St Johnstone striker Tony Watt has been voted Ladbrokes Premiership Player of the Month for August.

The former Celtic, Charlton Athletic and Hearts forward has been in fine early-season form for the McDiarmid Park side.

Watt, 24, scored in the 1-1 draw with Hibernian on August 12 and hit the winner against Tayside rivals Dundee a fortnight later.