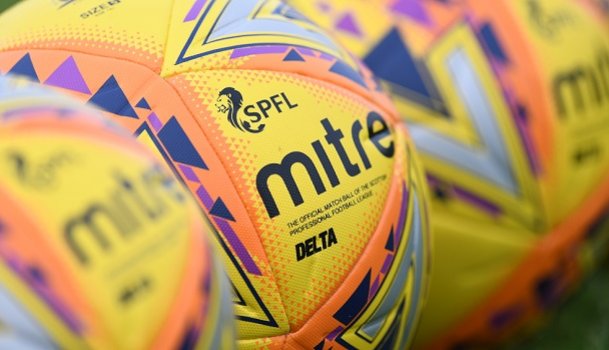 There&rsquo;s another big weekend of football coming up in the SPFL &ndash; here are four matches to look out for across the divisions on Saturday.

There’s another big weekend of football coming up in the SPFL – here are four matches to look out for across the divisions on Saturday.

St Johnstone v Partick Thistle - Ladbrokes Premiership
The Perth club are the early pacesetters, topping the table on goals scored from Celtic, while Hibs and Aberdeen also have 100% records. Saints are looking to make it three wins out of three against a Thistle side seeking their first Premiership point but the Jags won 3-0 at McDiarmid Park in the Betfred Cup.

Dunfermline Athletic v Falkirk - Ladbrokes Championship
There's a big rivalry between the clubs and it's an important game, even at this early stage in the season. The Pars are in second spot behind leaders Dundee United after thrashing Caley Thistle 5-1 at East End Park on Saturday but the Bairns have failed to build on their Betfred Cup group-stage success, losing at St Mirren and being held 1-1 by Dumbarton.

Stranraer v Ayr United - Ladbrokes League 1
Ayr United are the only team with a 100% record in League 1 and have a two-point lead over Raith Rovers and Arbroath. Ian McCall's men have been scoring freely – another five in the IRN-BRU Cup against East Stirlingshire in midweek – and will be favourites to win at Stair Park, although the Blues beat East Fife there on the opening day.

Stenhousemuir v Peterhead - Ladbrokes League 2
Both teams were relegated at the end of last season but it's the Blue Toon who have made the better start to life in the bottom tier. Jim McInally's share the early lead with Stirling Albion after wins over Annan Athletic and Elgin City while the Warriors drew at Montrose on Saturday after losing their opener to the Binos.