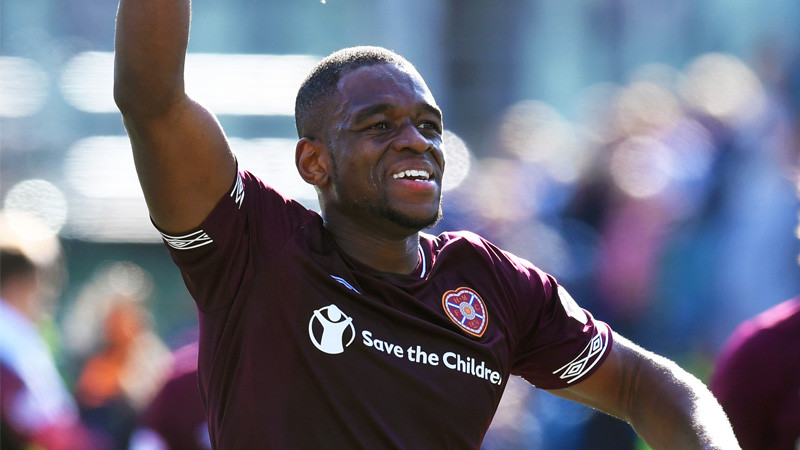 Resident statto SPLStats takes a look back at the numbers surrounding the weekend's SPFL fixtures and explains what it all means.

3 – Heart of Midlothian defeated Kilmarnock 1-0 at Rugby Park to move three points clear at the top of the Ladbrokes Premiership table. Craig Levein’s team have picked up three wins out of three in the league and are now the only side in the SPFL with a 100% record. The Jam Tarts have recorded back-to-back away league wins for the first time since October 2015 – they are already halfway to matching their tally of four away victories in the whole of last season.

12 – Gary Holt got off to a winning start as Livingston manager thanks to a 2-0 victory over St Mirren at the Simple Digital Arena. It was Livi’s first Ladbrokes Premiership victory of the season and their first win in the top flight in over 12 years. Their last success in the top tier was a 3-1 victory over Dundee United in April 2006 – amazingly, Craig Samson was in goal for United that day, just as he was for Saints on Saturday. The Lions built their promotion success last season on their defensive solidity and organisation, and that seems to have continued into this season, with Saturday’s clean sheet being their fifth in eight matches this campaign.

3 – Queen of the South picked up their first Ladbrokes Championship victory of the season with a 3-0 success over Falkirk at the Falkirk Stadium. Stephen Dobbie netted all three goals, taking his tally for the season to 14 goals from nine matches. It was Dobbie’s second hat-trick of the season, and his sixth in the last calendar year. The first of those came against the same opponents at the same stadium, in a 4-1 victory almost exactly a year ago to the day. The 35 year-old striker then netted trebles against Dunfermline in December, Brechin in January and again in April, and Clyde in July, before doing the same on Saturday.

4 – Raith Rovers pulled off an astonishing comeback to defeat Airdrieonians 4-3 at the Penny Cars Stadium in Ladbrokes League 1. Barry Smith’s side trailed 3-1 with four minutes remaining but Liam Buchanan’s 87th minute goal started the fight-back before two stoppage-time goals from Kevin Nisbet and Buchanan handed Rovers an unlikely win which kept them within two points of Arbroath at the top of the table. The victory extended Rovers’ unbeaten run against Airdrie to 11 matches – their last defeat came in a League Cup tie in August 2011.

10 – Annan Athletic continued their impressive start to the Ladbrokes League 2 season by beating Berwick Rangers 3-0 at Shielfield Park. The Galabankies have now spent a decade in the fourth tier since joining the SFL in 2008 but, with 10 points from their opening four fixtures, they may have an eye on gaining their first ever promotion this season. Annan are now unbeaten in six league matches against Berwick, with their last defeat coming back in February 2017.