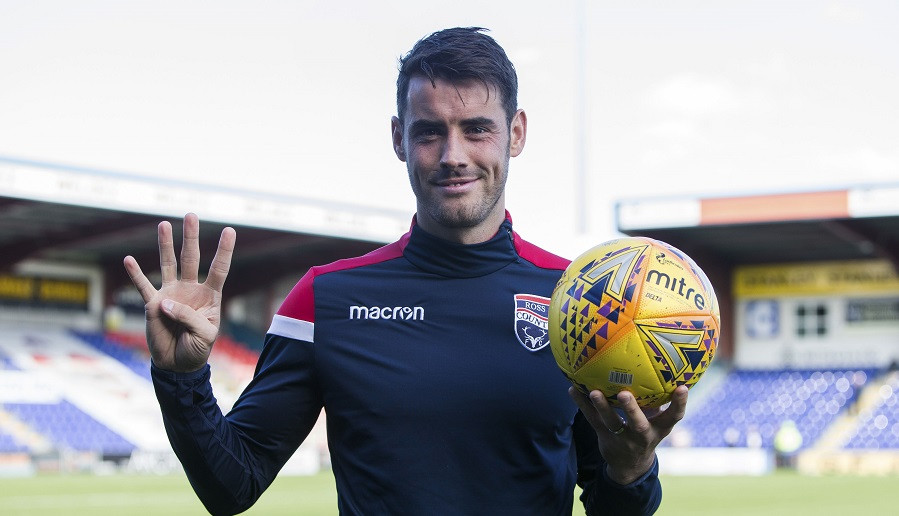 Resident statto @splstats looks at some of the numbers from the second round of the IRN-BRU Cup.

4 – Ross County thumped Raith Rovers 5-0 at The Global Energy Stadium to progress to round three of the IRN-BRU Cup. Brian Graham scored four goals in a game for the first time in his career – he had previously netted two hat-tricks. Graham is just the third player to score four goals in a match since the Dingwall side joined the SFL in 1994. The first was Garry Wood in a 6-3 win over Montrose at Links Park in October 1998. More recently, Liam Boyce netted all four goals in a 4-0 win over rivals Inverness CT in April 2017. County scored all five of their goals in the first 42 minutes – the last time they scored five times in the first half was over 20 years ago, in an 8-0 win away to Albion Rovers in August 1998.

3 – Alloa Athletic defeated Dundee United on penalties at Tannadice. The Wasps and The Terrors have met three times in three different competitions this season and all three matches have ended in 1-1 draws. The first meeting came in the Betfred Cup in July, with Alloa earning the bonus point after a 4-3 shoot-out success, while the second came last weekend in the Ladbrokes Championship. Alloa have lost just once in 12 matches on the road – to a late goal against Championship leaders Ross County in August.

1 – East Fife picked up a shock victory over Ladbrokes Championship side Partick Thistle at the Locality Hub Bayview Stadium. Saturday’s match was the first competitive meeting of the clubs in over 16 years – the last time they faced each other was Scottish Cup tie in January 2002. On that occasion, a Thistle side featuring current manager Alan Archibald picked up a 4-2 victory.

123 – Queen’s Park moved into round three of the IRN-BRU Cup thanks to a thrilling win against Welsh champions The New Saints in Oswestry. Having trailed 1-0 with a minute to go, the Spiders seemed to have secured a dramatic win thanks to late goals from Smart Osadolor and Lewis Hawke, only for Joash Nembhard to make it 2-2 with almost the last kick of the ball. But Gus MacPherson’s side dusted themselves off and ensured their progression with a 4-2 shoot-out victory. It was Queen’s Park’s first competitive victory over a non-Scottish (non-Berwick) club in 123 years - their last success was a 3-0 victory over Nottingham Forest in the FA Cup semi-final in March 1885.

5 – Substitute Allan Smith scored twice in the last 10 minutes to help Edinburgh City defeat East Kilbride 3-2 at K-Park. Prior to this season, City had failed to win an IRN-BRU Cup tie in three attempts but have now beaten both Albion Rovers and East Kilbride to move into the last 16. The Citizens have recorded five consecutive victories in all competitions, their best run since March-April 2016, when they were still in the Lowland League.