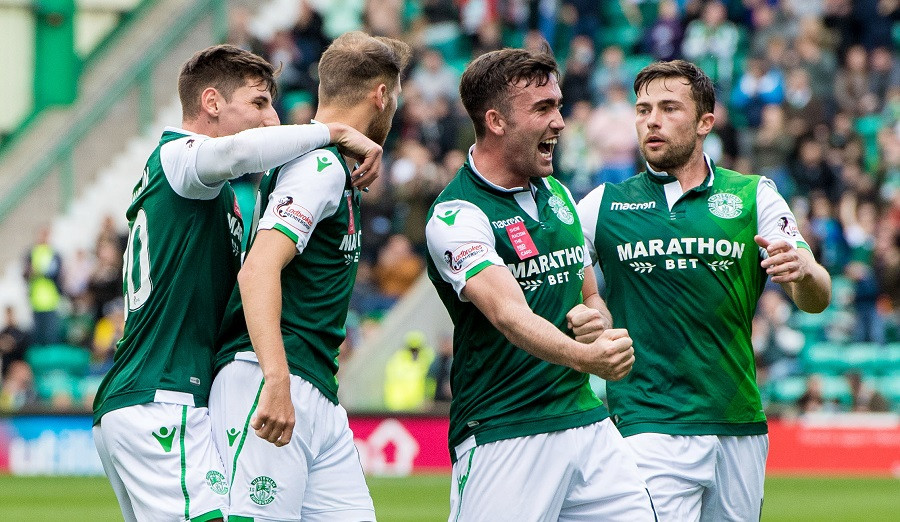 6 – Hibernian thrashed Hamilton Accies 6-0 at Easter Road to close the gap on Ladbrokes Premiership leaders Hearts to just two points. It was Hibs’ biggest league win in over 12 years – the last time they won by six or more goals was a 7-0 victory over Livingston in February 2006, when Derek Riordan, Garry O’Connor and Steven Fletcher were all on the scoresheet. Neil Lennon’s side are now unbeaten in 14 Premiership matches at Easter Road – their last defeat came against Rangers in December last year.

4 – Celtic moved up to third in the Ladbrokes Premiership thanks to an impressive 6-0 victory over St Johnstone at McDiarmid Park. James Forrest was the star of the show for the Hoops, netting four goals in the first half as his side raced into a 5-0 half-time lead. Forrest was the first Celtic player to score four goals in an away match since Maciej Zurawski in an 8-1 victory over Dunfermline at East End Park in February 2006. The last player to score four goals in one half of a Scottish top-flight fixture was Kris Boyd, who netted all five as Kilmarnock defeated Dundee United 5-2 in September 2004.

24 – Stephen Dobbie netted his fourth hat-trick of the season to help Queen of the South stage an astonishing comeback against Alloa Athletic in the Ladbrokes Championship. The Wasps led 3-0 after 25 minutes but then Dobbie did what Dobbie does, netting three times to earn his side a 3-3 draw. Dobbie now has 24 goals in 15 matches this season, and is just three short of equalling his career best tally of 27 for a season, which he set last year. The 35 year-old striker has scored eight (EIGHT) hat-tricks since the start of last season – prior to that he had only managed three in his entire career.

6 – East Fife thumped Forfar Athletic 4-0 at Station Park to move to within five points of Ladbrokes League 1 leaders Arbroath. Darren Young’s side have now recorded six consecutive victories in all competitions; five in the league plus an impressive IRN-BRU Cup success against Partick Thistle. On-loan Hearts striker Rory Currie has been at the centre of this excellent run – he has scored in each of the last five matches, despite having come on as a substitute in four of them.

9 – Edinburgh City remain top of Ladbrokes League 2 thanks to a comprehensive 3-0 victory over Berwick Rangers at Ainslie Park. James McDonaugh’s side have now recorded nine wins in a row in all competitions, with striker Blair Henderson finding the net nine times in those matches, including two on Saturday. Henderson already has 13 goals for the season, and Saturday marked the fourth time he has scored two or more goals in a match.