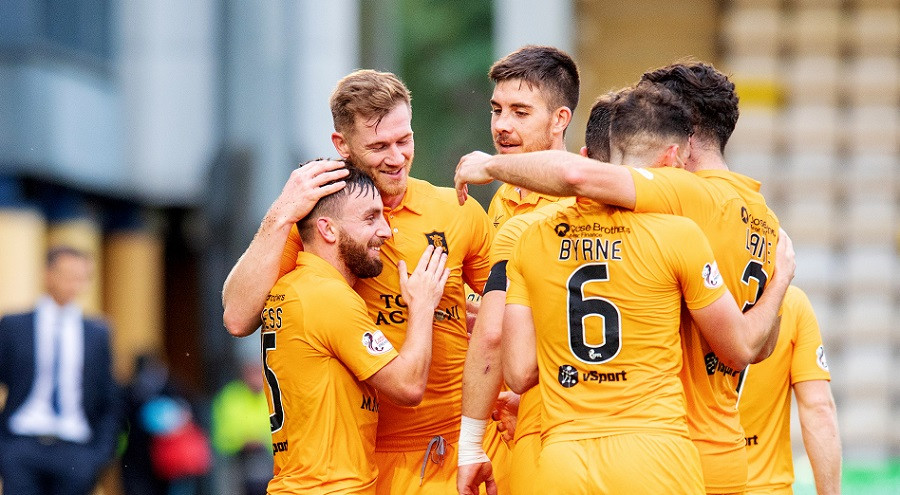 4 – Livingston climbed to fourth place in the Ladbrokes Premiership thanks to a 4-0 win over Dundee at the Tony Macaroni Arena. The Lions equalled their biggest ever winning margin in the top flight, matching 5-1 victories over Kilmarnock in October 2001 and Motherwell in October 2002. Gary Holt’s side have now won four consecutive home league matches, something Livi never managed in their previous spell in the top flight. Livingston have picked up 18 points from their opening nine Ladbrokes Premiership matches, which equals their entire points tally for the 2005/06 season when they were relegated from the SPL.

4 – Kilmarnock defeated St Mirren 2-1 at the Simple Digital Arena to climb to third in the Ladbrokes Premiership table. Killie trailed 1-0 at half-time, but goals from Alan Power and Aaron Tshibola handed them the three points. Amazingly, it is the fourth consecutive match where Killie have come from behind to pick up a victory – they also did it against Celtic, Motherwell and Dundee. Steve Clarke has now completed a year in charge in Ayrshire – in that time Killie have earned 72 points from 38 Ladbrokes Premiership matches, recording 21 wins, nine draws and eight defeats.

23 – Ross County moved to the summit of the Ladbrokes Championship after defeating Ayr United 2-1 in their top-of-the-table clash at the Global Energy Stadium. The Staggies are unbeaten in their last 11 matches against The Honest Men, a run which stretches back over a decade. Ayr’s last win against County came in March 2008, when a Ryan Stevenson double helped them to a 4-2 win in Dingwall. Ross County have not lost at home in the league this season and are now unbeaten in their last 23 home matches in the second tier when you include their previous spell in the division. Their last defeat in Dingwall at this level was a 1-0 reverse against Dundee in April 2011 – current co-manager Stuart Kettlewell was part of the County midfield that day.

30 – Raith Rovers beat Stranraer 2-1 at Stark’s Park to continue their unbeaten start to the Ladbrokes League 1 season. Kevin Nisbet netted both goals for John McGlynn’s side to take his tally to 13 goals from his last 11 matches. Saturday’s win extended Rovers’ unbeaten home league run to 30 matches, which is a new club record. Raith’s last home league defeat was way back in February 2017, when Morton beat them 1-0 in Gary Locke’s last game in charge.

11 – Edinburgh City moved into the third round of the Scottish Cup after a 1-0 derby victory over Lowland League side Civil Service Strollers. James McDonaugh’s Citizens have now recorded an incredible 11 consecutive victories in all competitions, a run which sees them sitting atop Ladbrokes League 2 and looking forward to an IRN-BRU Cup quarter-final against Alloa Athletic. Ladbrokes Championship opposition will also stand in their way in the next round of the Scottish Cup – they will meet Inverness Caledonian Thistle for the first time.