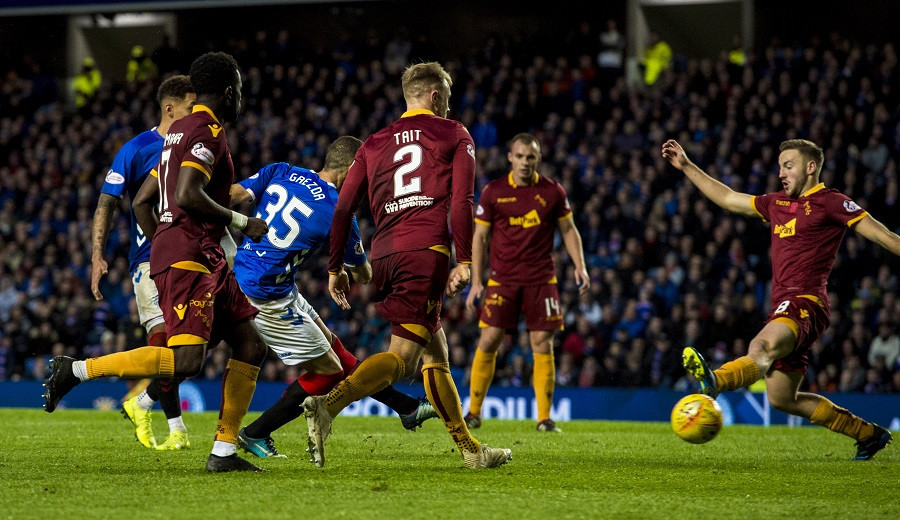 7 – Rangers moved to within two points of the summit of the Ladbrokes Premiership after thrashing Motherwell 7-1 at Ibrox. The Gers are unbeaten in 13 their home matches since Steven Gerrard took over and Sunday’s win was their most emphatic yet. It was the first time in over five years that Rangers had scored seven or more goals in a league match – the last occasion was an 8-0 victory over Stenhousemuir in Ladbrokes League 1 in September 2013. The Light Blues are now unbeaten in 42 league matches against The Steelmen, with their last defeat coming at Fir Park on Boxing Day 2002. However, Well have picked up three cup wins over The Gers in that period – they beat them in both legs of the Premiership play-off final in 2015 and in last season’s Betfred Cup semi-final.

5 – St Johnstone thumped Hamilton Academical 4-0 at McDiarmid Park to move to within three points of Celtic and Hearts at the top of the Ladbrokes Premiership. Saints have now recorded six Premiership wins in a row against Accies. Tommy Wright’s side have racked up five consecutive league wins for the first time since November-December 2014 – they have never managed six in a row in the top flight. Zander Clark and his defence have not conceded a goal in those five victories, setting a new club record for consecutive top-flight clean sheets.

24 – Inverness Caledonian Thistle moved back into the play-off spots in the Ladbrokes Championship after their 1-0 victory over Partick Thistle at The Energy Check Stadium at Firhill. John Robertson’s side had drawn each of their seven previous Championship matches, equalling the Scottish league record, but were finally able to pick up a win thanks to a goal from Tom Walsh and a penalty save by Mark Ridgers. Inverness are now unbeaten in a club record 24 league matches, a run that consists of 12 wins and 12 draws. The Caley Jags’ last league defeat was a 1-0 loss to Dunfermline Athletic at East End Park in March.

30 – East Fife ended 30 years of hurt with a 2-1 victory over Fife rivals Raith Rovers at Bayview on Saturday. The last time the Fifers picked up a win against the Rovers, ‘I Should Be So Lucky’ by Kylie Minogue was just ending a five-week stretch at the top of the UK charts and ‘Planes, Trains and Automobiles’ and ‘Robocop’ were being screened in UK cinemas. That was back in March 1988, when the Methil side earned a 1-0 win in Kirkcaldy. Back in the modern day, Saturday’s win was East Fife’s sixth in a row at Bayview, which is their best run since they did eight on the trot in August-December 2007.

6 – Queen’s Park continued their impressive run of form under Mark Roberts with a 2-0 victory over Peterhead at Hampden. The Spiders are now unbeaten in six matches in all competitions, picking up five wins and a draw to propel themselves to within two points of the play-off spots in Ladbrokes League 2 and also secure their place in the IRN-BRU Cup quarter-final. Saturday’s Hampden shut-out was their third consecutive clean sheet – it is the first time in over two years that they have managed three in a row.