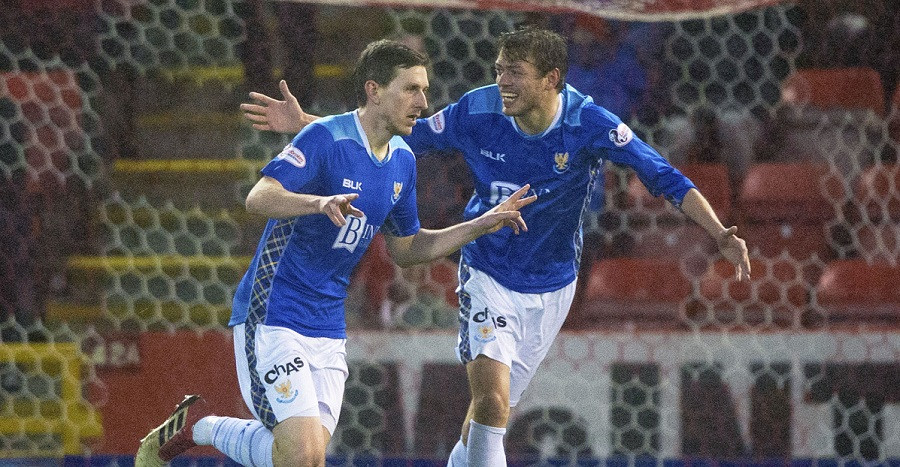 Resident statto @splstats looks at some of the numbers from the weekend games across all four divisions of the SPFL...

5 – Celtic returned to the top of the Ladbrokes Premiership after thumping Kilmarnock 5-1 at Celtic Park. The Hoops had not previously beaten Killie in four matches since Steve Clarke took over in Ayrshire but they delivered an emphatic statement in Saturday’s clash. Brendan Rodgers’ side have won 12 of their 13 matches at Celtic Park this season in all competitions – the only side to avoid defeat were AEK Athens, who picked up a 1-1 draw in August. James Forrest netted a double in Saturday’s win – the winger has now scored 14 goals in his last 15 matches for club and country.

8 – St Johnstone defeated Aberdeen 2-0 at Pittodrie to move to within five points of the top of the Ladbrokes Premiership. Saints are unbeaten in eight league matches, a run which includes six wins and two draws. Goalkeeper Zander Clark and his defence have kept seven clean sheets during those eight matches – the only side who have managed to score against them were Heart of Midlothian on Wednesday night. Saints have picked up four wins in their last eight Premiership visits to Pittodrie and have suffered just two defeats in the process.

1 – Partick Thistle climbed off the foot of the Ladbrokes Championship table thanks to a 2-0 victory over Dunfermline Athletic at the Energy Check Stadium at Firhill. Thistle had suffered eight defeats in their previous nine matches, and hadn’t picked up a win since beating Queen of the South 3-2 under former manager Alan Archibald in mid-September. The Jags have suffered just one defeat in their last nine league matches against The Pars – that came at East End Park back in September.

33 – Montrose defeated Raith Rovers 3-2 at Links Park to climb to fourth place in Ladbrokes League 1. It was the Gable Endies’ first win over Rovers in any competition for 33 years – the last time was in May 1985, when a double from Martin Caithness and a goal from Tony Duffy handed them a 3-1 win at Stark’s Park. That victory came on the final day of Montrose’s third-tier title winning campaign, and now Stewart Petrie’s men may be dreaming of emulating that side by securing promotion to the second tier.

6 – Edinburgh City remain top of Ladbrokes League 2 after defeating Annan Athletic 2-1 at Galabank. The Citizens were thumped 6-1 at Inverness in the Scottish Cup in midweek but immediately returned to form to keep themselves two points clear of Peterhead, who they play at Ainslie Park on Tuesday. James McDonaugh’s side have now racked up six consecutive away wins in League 2 – their only league defeat on the road was against Elgin City at Borough Briggs in August.