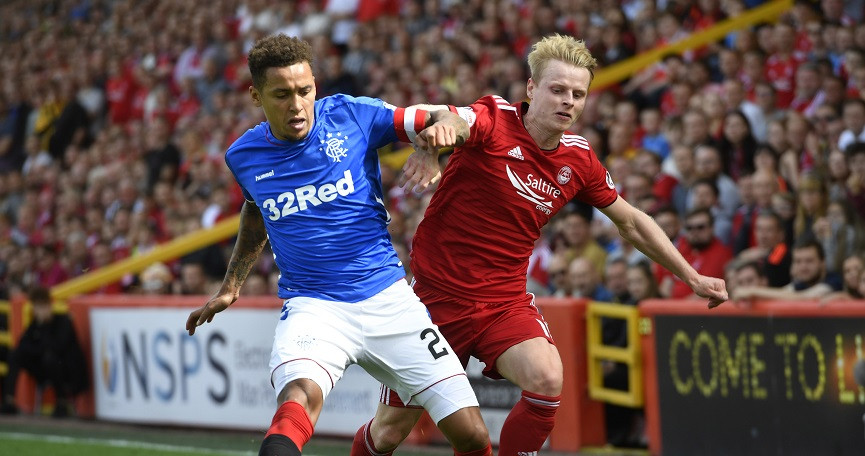 Craig Fowler picks out six players who could have a big say in Sunday's Betfred Cup semi-final between Aberdeen and Rangers at Hampden...

Graeme Shinnie (Aberdeen)
A cup semi-final between two rivals will likely be played at a frenetic pace, which should allow Aberdeen's captain to shine. The midfielder is such a driving force in the centre when he's on top of his game, as he can tear after loose balls, halt opponents in their tracks and race forward between the lines to make something happen in attack. If he can be the best player in the engine room then Derek McInnes' side should fancy their chances.

James Tavernier (Rangers)
Tavernier's crossing is one of the strongest aspects of this Rangers side, while his goal threat (both from set-pieces and open play) make him one of the nation's best attackers, which isn't bad for a right-back. Of course, he does have his doubters on the defensive side but what better stage to prove them wrong than a Hampden semi-final.

Gary Mackay-Steven (Aberdeen)
The trickster has been Aberdeen's best player so far this season and they'll need him to reproduce such magic when they meet Rangers at Hampden. With Borna Barisic rated as doubtful and Lee Wallace still out, it will either be Andy Halliday or Jon Flanagan taking up residence at left-back for Steven Gerrard's side. Whomever it is, if Mackay-Steven can get in behind and cause problems it'll give Aberdeen belief that they can emerge victorious. He's also shown himself to be a dab hand at taking penalty kicks, netting four of his five goals from the spot this term.

Ovie Ejaria (Rangers)
The on-loan Liverpool midfielder excels with his side in possession. A combination of size and close control makes it very difficult for defenders to take the ball from him. He shows poise to keep things ticking over when needed, but can also make a defence-splitting pass. The downside to his game is that he can sometimes be a little languid, wanting too much time on the ball. Which Ejaria turns up at Hampden will dictate how comfortable an afternoon it could be for the Ibrox side.

Niall McGinn (Aberdeen)
The winger has been in and out of the line-up this season as he seeks to rediscover the form he enjoyed prior to his spell in South Korea. However, his second-half performance against Hearts last weekend would suggest the Northern Irishman is getting back to his best, as he continually charged at the rearguard, setting the tone for a much-improved showing from the visitors. For an Aberdeen side struggling to gain some consistency from their attacking players, a rejuvenated McGinn would be a huge boost.

Ryan Kent (Rangers)
Rangers will be without Alfredo Morelos and Kyle Lafferty, which presents a problem for Steven Gerrard. With Jamie Murphy also sidelined long-term, he'll either have to turn to Umar Sadiq, who hasn't played since August, or one of his wingers to lead the line. Kent, having operated as a No 10 at points this season, could well be that man. Regardless of whether he's on the wing or up front, the elusive attacker will be relied on to provide the spark in the final third. His recent form would suggest he's more than up for the challenge.