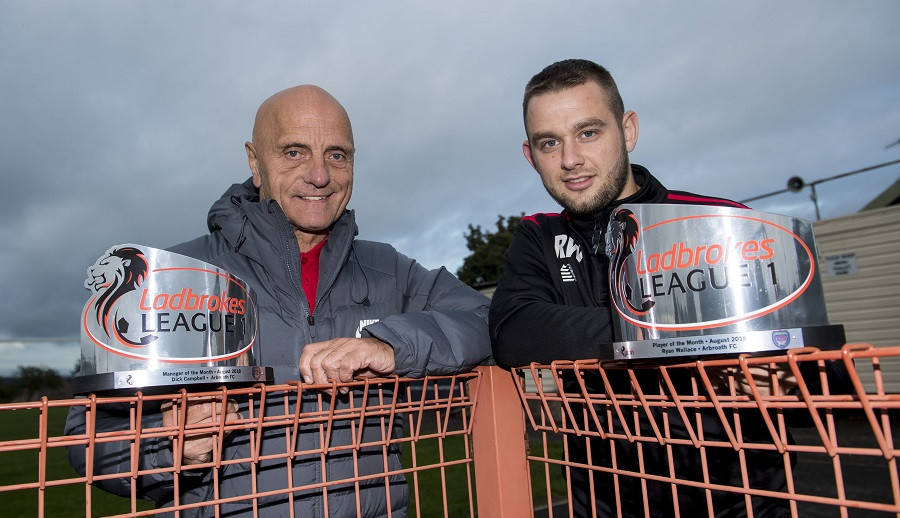 Arbroath have scooped a Ladbrokes League 1 awards double for August after their successful start to the season.

The Red Lichties, who reached the promotion play-offs in 2017/18, are currently top of the table, ahead of Raith Rovers on goal difference.

Boss Dick Campbell and his assistant Ian (pictured) guided Arbroath to a 4-0 win over local rivals Montrose on the opening day. They also beat Stranraer (3-1) and East Fife (3-0), as well as drawing 1-1 with Dumbarton.

Striker Ryan Wallace picked up the Player of the Month prize after scoring in three of the four matches and weighing in with five assists - the most of any player in the SPFL last month.