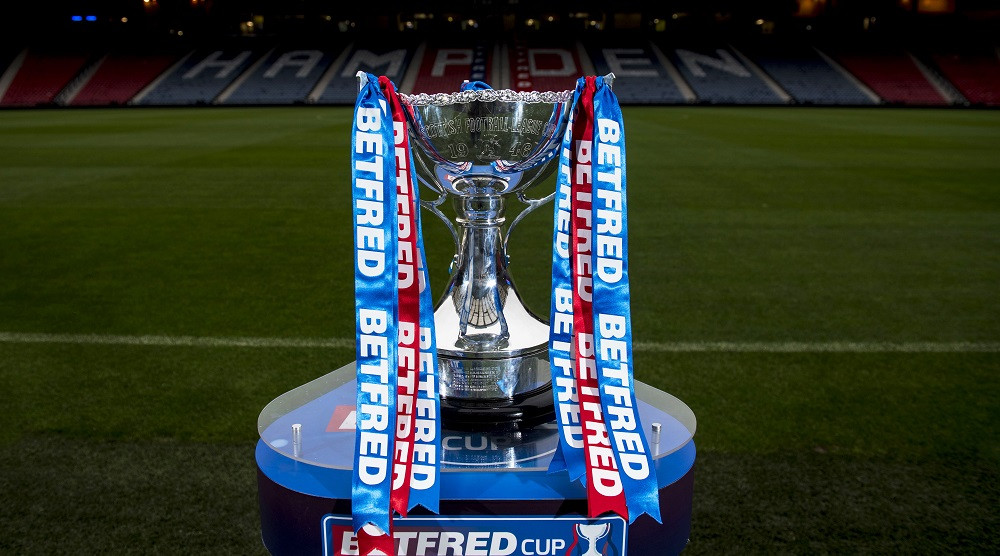 Dates and TV selections have now been confirmed for the games in the last 16 of the Betfred Cup...

Potential fixture change
If Aberdeen are involved in the third qualifying round of the Europa League on Thursday 15 August, their tie with Dundee will be rescheduled to Sunday 18 August.

In the event of a draw
Extra time (15 minutes each way), and penalty kicks if required, will determine the outcome if the scores are level after 90 minutes