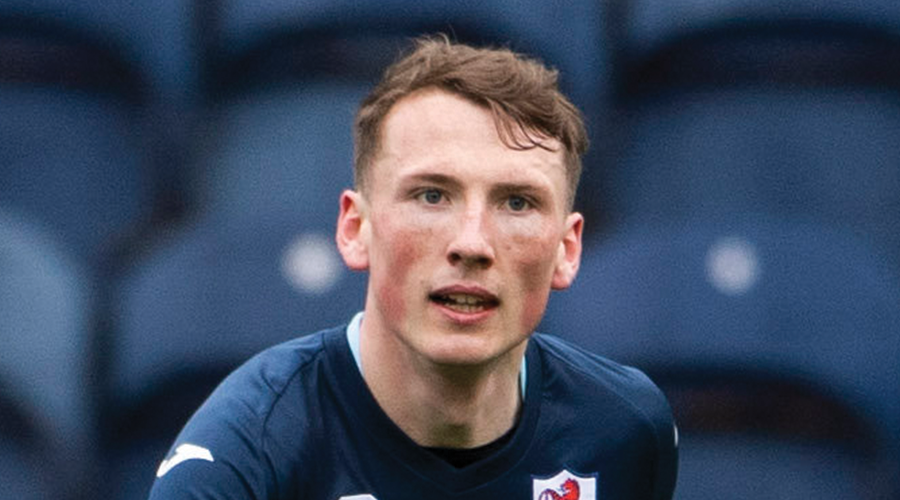 Read more about the selections for the Championship Team of the Season below!

GK – Craig Gordon (Heart of Midlothian) – Unsurprisingly, the Scotland international was the top shot-stopper in the lower leagues in 2020/21. A reassuring presence at the back, with the capability to produce spectacular saves, it was a campaign to remember for Craig Gordon. He kept a league high 13 clean sheets as the Jambos cruised to the title, returning to the top-flight at the first time of asking.

“It’s not all that often the goalkeeper of a team who win the league by 12 points and were the strong favourites to do so is arguably the player of the year. However, that is testament to the quality of Craig Gordon. Across the campaign, both in the league and the cups, he showcased the importance of a competent goalkeeper. There were games where he was barely involved but there were a number of games where he was called into action, and he didn’t let the side down. Early on in the League Cup he produced a wonderful save against Inverness CT. And that continued throughout the campaign - whether it was getting down low to his right to keep out Kris Doolan at Arbroath, springing acrobatically to deny Ryan Dow a certain goal for Dunfermline at Tynecastle or using his long legs to make a double save against Dundee. All in all, Craig Gordon was on a different level.” – Joel Sked (@sked21)

RB – Reghan Tumilty (Raith Rovers) – Energy, effort, tireless running, and a desire to get forward and support attacks. Reghan Tumilty has all these attributes in spades. The flying full-back proved to be a shrewd summer acquisition by John McGlynn, proving to be an asset at both ends of the pitch in a Rovers team that finished third in their first season back in the Championship.

“Reghan Tumilty signed for Raith Rovers last summer and fitted in seamlessly to John McGlynn's team. He was a dependable presence in a solid defensive unit, but it was his ability to support attacks which was arguably his greatest strength. It's no coincidence that three of Raith's best performances last season coincided with Tumilty finding the net.” – Andy Harrow (@andyharrow)

CB – Lee Ashcroft (Dundee) – Ashcroft has long been one of the Championship’s stand-out central defenders. 2020/21 was arguably the centre back’s best individual campaign. Dominant in both boxes, Ashcroft scored five times in the league, as well as finding the net in the second leg of the play-off final. Ashcroft was a key component in Dundee’s promotion-winning campaign, with a no-nonsense attitude at the back, as well as providing an aerial threat at the front from set-pieces.

CB – Ayo Obileye (Queen of the South) – It was an extremely impressive first season in Scotland from Obileye. Not only being a more than capable stopper at the back, but showing serious dexterity, often being deployed as a box-to-box central midfielder. His defensive capabilities, as well as his goalscoring prowess (scoring nine league goals) have seen him sign for Premiership side Livingston in the close season. Certainly one to keep an eye on next season!

“Obileye was vital in the Doonhamers’ turnaround in the new year, netting nine times, including a brace at Arbroath in February. The Englishman started every game for the Doonhamers last season and only failed to complete 90 minutes twice. His versatility saw him used in defence and midfield throughout the campaign with his form earning him a three-year deal with Livingston.” – Finlay Jack (@Finlay_Jack5)

LB – Kieran MacDonald (Raith Rovers) – One of the league’s most consistent performers, MacDonald was Mr. Reliable in an incredibly exciting Raith Rovers team. A dynamic performer with sound technical abilities, MacDonald proved to be an assured presence on the left-hand side for Rovers. His transition from a top League 1 full-back, to a top Championship full-back was seamless.

RM – Paul McMullan (Dundee) – Despite only joining Dundee from local rivals Dundee United in January, Paul McMullan’s contribution to the Dees’ promotion cannot be understated. Relentless running, technical dribbling and an eye for a pass saw McMullan end the season joint top of the Championship’s assist chart with seven, despite only making 15 appearances. A remarkable return from a player who will be relishing a crack at the Premiership in the Dark Blue.

CM – Regan Hendry (Raith Rovers) – Regan Hendry was arguably the best player in a strong League 1 in 2019/20. This season the Rovers midfielder has gone from strength to strength, proving that he is not only one of the best players in the lower leagues, but one of Scotland’s most exciting young prospects. Technically sublime, with an eye for a killer pass and a knack for being in the right place at the right time, Hendry is a star in the making.

CM – Charlie Adam (Dundee) – A player for whom promotion will mean that little bit more. Charlie Adam signed for hometown heroes Dundee, with the intention of gaining promotion to the top-flight, an ambition which he achieved at the first time of asking. The captain’s ability to dictate play from deep, as well as drive forward to score and assist was unparalleled in the second tier. Six goals and seven assists from a 35-year-old central midfielder showing no signs of slowing down.

LM – Daniel MacKay (Inverness CT) – The Caley Thistle academy graduate forced his way into the starting 11 upon his return from a loan spell at Elgin City in 19/20 and has not looked back. MacKay has added an impressive end product to his technical excellence, finding the back of the net seven times in the Championship. An exciting player with the ability to produce the spectacular, MacKay will be one to watch in the Premiership next season, having made the move to Hibernian.

“Deployed in a variety of attacking positions, but predominantly off the left-hand side, he returned nine goals from 30 appearances, and gave notice of the impact he was to have just two minutes into the league opener against Dunfermline, when his deep cross swept past the entire Pars’ defence and was knocked home at the back post by Nikolay Todorov. In a frustrating season for the team, Mackay’s undoubted quality was evident in flashes – beautifully-composed finishes against Morton, Ayr United and Raith Rovers were all highlights – but after his stunning solo goal against Ross County in the Scottish Cup, his whole game went up another level and opponents found themselves unable to live with his explosive pace as he finished the season with four goals in April alone. His move to Hibernian, while well-deserved, came as a disappointment to ICT supporters eager to see him at the heart of a promising young squad’s challenge for the Championship title next season.” – Andrew Young (@TheICTPodcast)

ST – Liam Boyce (Heart of Midlothian) – Liam Boyce was head and shoulders above his striking peers in 2020/21. The Northern Irishman scored 14 and assisted six in the Championship as Hearts clinched the league title, returning to the Premiership at the first time of asking. A predatory finisher, with the ability to also drop deeper and link the play, Boyce will almost certainly be one of the top marksmen in Scotland’s top-flight next season.

“He was, quite simply, the best outfield player in the league. He ended the season as top goalscorer but his play was about much more than that. He linked with team-mates, his touch was exquisite and even when the team dipped in form, he didn’t. Led by example with his work rate and hassling of defenders, and was just as good as a 10 as he was a 9. Pler.” – Robert Borthwick (@RFBorthwick)

ST – Connor Shields (Queen of the South) – A summer signing from England’s lower leagues, Connor Shields returned to Scotland after previous spells here with Albion Rovers and Alloa. He quickly showed his quality with a pair of goals in the League Cup in October and never looked back. A quick, powerful runner with an incredible work ethic, as well as an eye for goal. Shields excelled at the top end of the park in a Queens side that flirted with the play-off places for long periods of the season. His return of nine goals and three assists have led Motherwell to acquire his services for the upcoming 21/22 campaign.