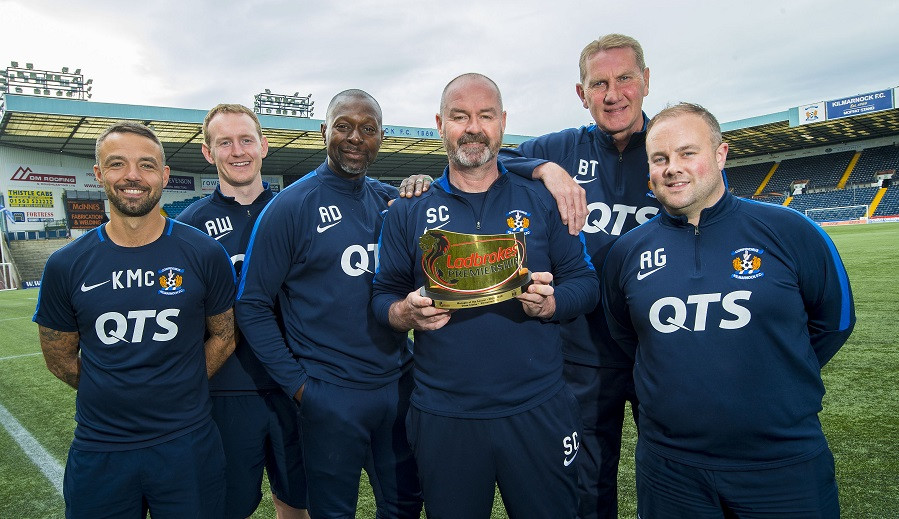 Kilmarnock boss Steve Clarke has been voted Ladbrokes Premiership Manager of the Season for 2018/19...

After taking over in October 2017, he led Kilmarnock to fifth place in his first season in charge and has enjoyed another hugely impressive campaign this time round.

Kilmarnock go into their final game of the season – against Rangers at Rugby Park on Sunday – sitting third in the table and on course for European football for the first time since 2001/02.

Only Celtic and Rangers have conceded fewer goals than Killie in the Premiership this season and the Aysrhire club have earned 64 points from their 37 games so far.