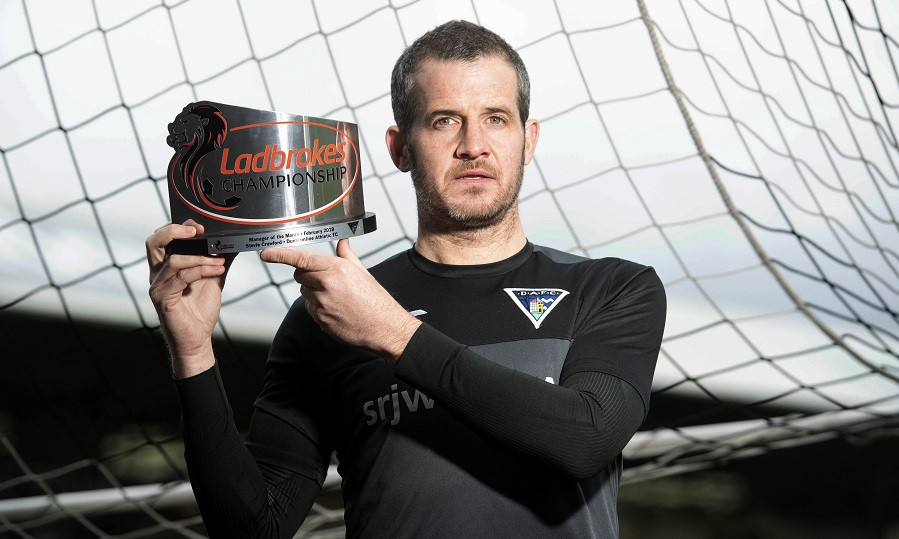 Dunfermline Athletic boss Stevie Crawford has been named Ladbrokes Championship Manager of the Month for February...

Dunfermline continued their good form into March by defeating Queen of the South 1-0 to move into the promotion play-off places.

Crawford, a former Scotland midfielder, took over as manager at East End Park in January following the departure of Allan Johnston.