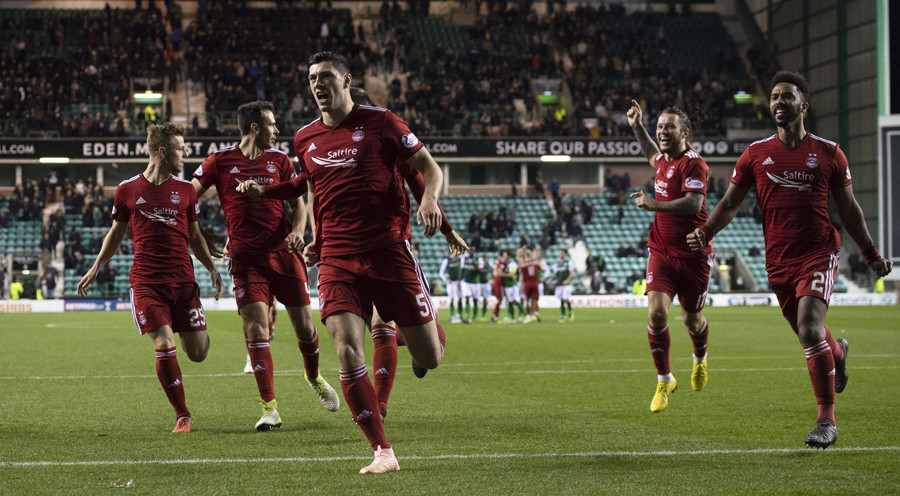 Dons spot on to reach semi-finals

Aberdeen are the first team through to the semi-finals of the Betfred Cup on the weekend of October 27/28.

The Dons beat Hibernian 6-5 on penalties after a 0-0 draw at Easter Road in a game that produced no goals but plenty of chances, the majority of them for Hibs.

Stevie Mallan and Niall McGinn saw their kicks saved in the shoot-out and it was all over when Thomas Agyepong hit the underside of the bar with his effort.

There are three more quarter-final ties on Wednesday followed by the semi-final draw, live on BT Sport following their coverage of St Johnstone v Celtic.