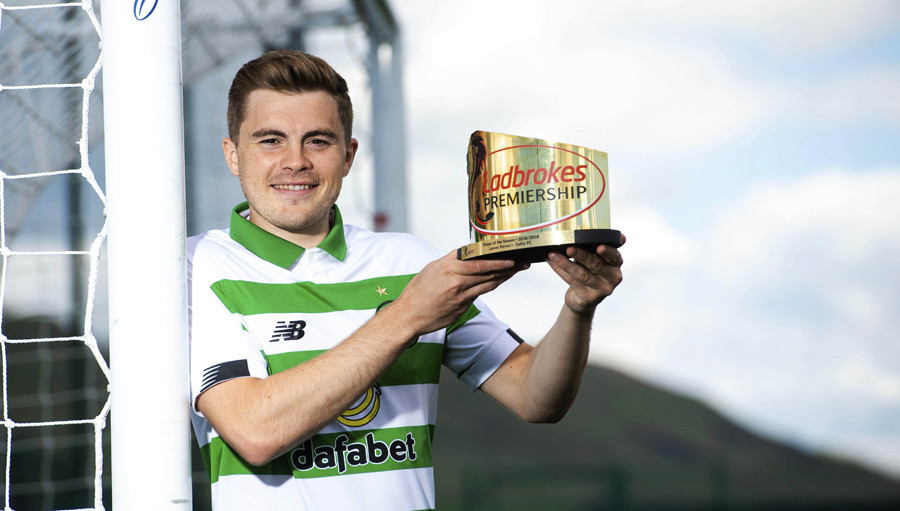 Forrest voted Player of the Year

Celtic winger James Forrest has been named Ladbrokes Premiership Player of the Year for season 2018/19...

The Scotland internationalist has been a stand-out for the Hoops, who clinched their eighth league title in a row and face Hearts in the Scottish Cup final on Saturday with a historic treble Treble at stake.

Forrest has scored 11 Premiership goals for Celtic this season – including four in the 6-0 victory at St Johnstone in October – and has weighed in with nine league assists.

In all, the 27-year-old has netted 22 goals in all competitions for club and country this season.