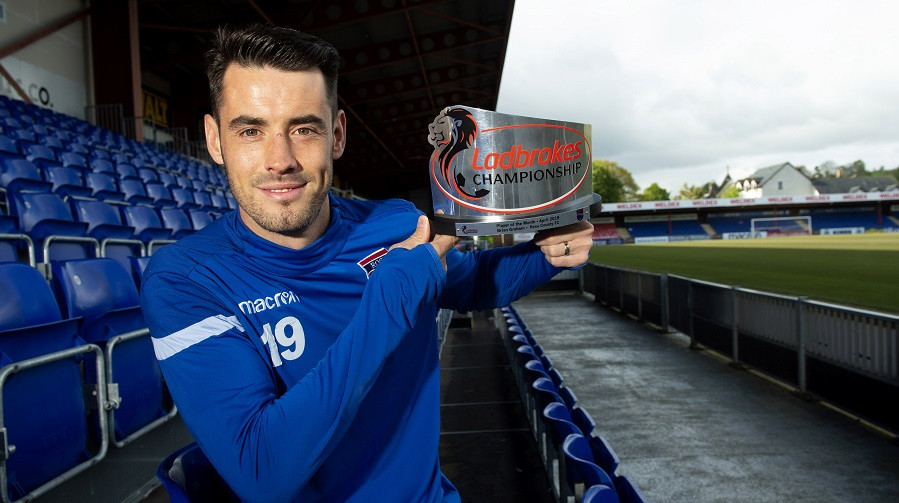 Graham voted Player of the Month

Ross County forward Brian Graham has been voted Ladbrokes Championship Player of the Month for April.

Now in his second spell with the Staggies, Graham scored a hat-trick in the 3-1 win against Ayr United at Somerset Park that took them to the brink of the title.

The summer signing from Cheltenham Town then grabbed a double in the 4-0 victory over Queen of the South as Steven Ferguson and Stuart Kettlewell's men were crowned champions and received the trophy at the Global Energy Stadium last Friday.