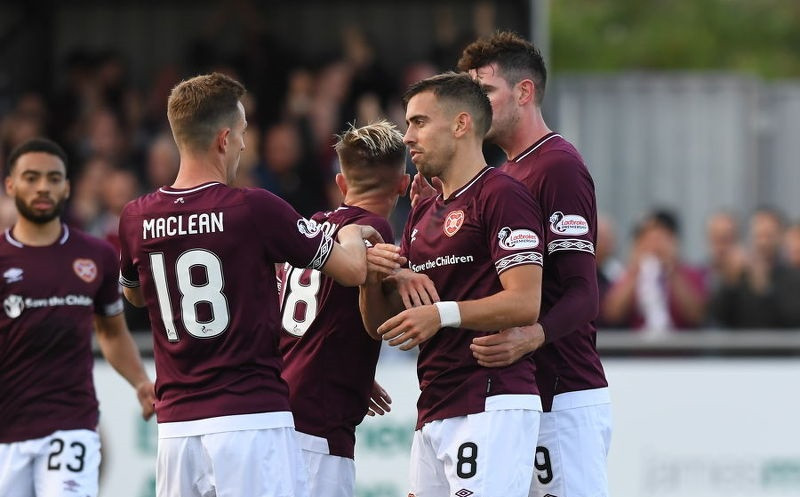 Hearts start with win at Cove

Hearts kicked off their Betfred Cup Group C campaign with a 2-1 win over Cove Rangers at Balmoral Stadium on Wednesday night.

Paul McManus pulled one back for the Highland League champions with 15 minutes left but Hearts held on to take all three points.