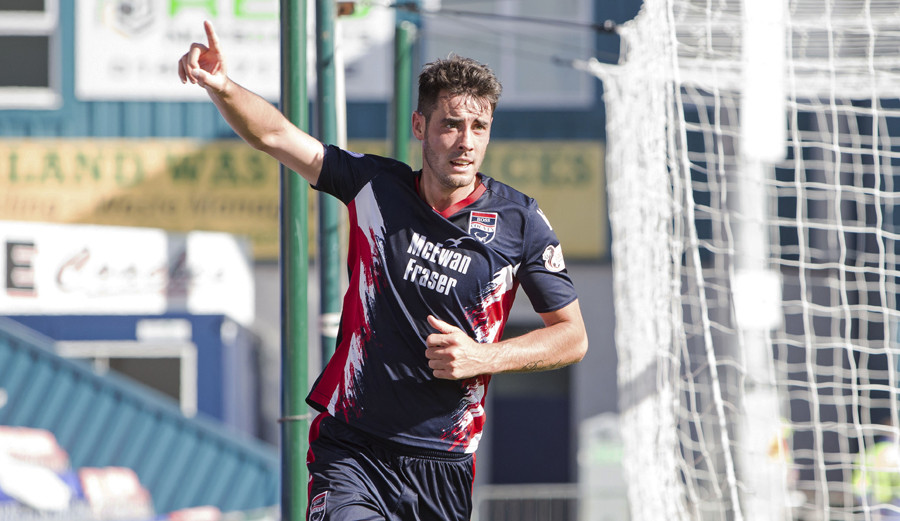 A round-up of Saturday’s IRN-BRU Cup second-round ties, with the draw for round three taking place on Tuesday at 1.00pm.

Stephen Dobbie continued his remarkable run of form by scoring twice to take his tally for the season to 20 goals as Queen of the South stormed into a 4-0 interval lead against Crusaders before eventually going through 4-3 as the Belfast side hit back.

Dunfermline Athletic won on penalties after a 0-0 draw away to Boreham Wood, whose National League rivals Sutton United won 1-0 against Airdrieonians at the Penny Cars Stadium.

Alloa Athletic beat Dundee United on penalties after a 1-1 draw at Tannadice while East Fife came from behind to knock out Partick Thistle, winning 2-1 at the Locality Hub Bayview Stadium against their Championship opponents.

Falkirk lost 1-0 at home to Welsh side Connah’s Quay and it was the same score at Balmoor, where Dublin-based Bohemians beat Peterhead. St Mirren Colts edged out Hamilton Accies Colts 3-2 in Paisley, with Motherwell’s youngsters having beaten Dundee on Thursday night.

In the evening games, there was a dramatic victory for Queen’s Park, who beat The New Saints on penalties after a 2-2 draw at Park Hall Stadium. The Spiders scored twice in the closing minutes to go 2-1 up then conceded an equaliser deep into stoppage time before winning the shoot-out.

Coleraine - whose manager Oran Kearney has been named as the new St Mirren boss - beat Highland League Formartine United on penalties after a 1-1 draw while Irish side Sligo Rovers came from behind to see off Livingston Colts 4-1 at The Showgrounds.