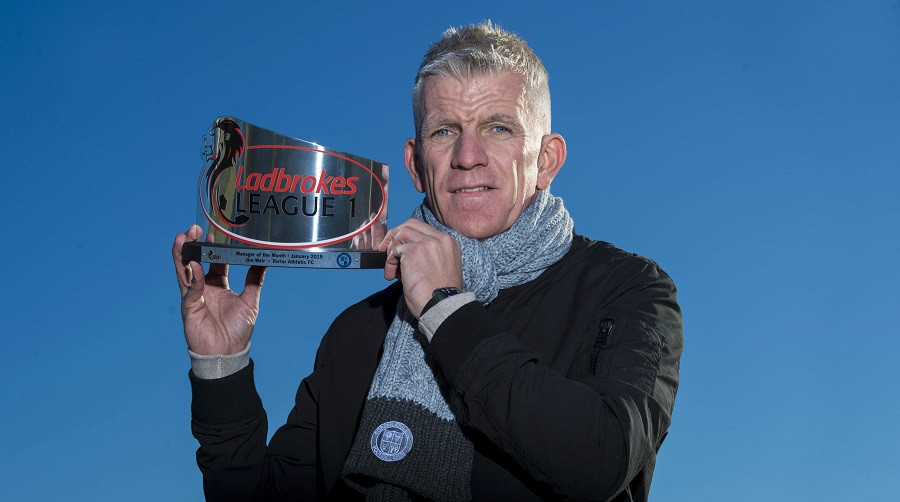 Forfar Athletic boss Jim Weir has been voted Ladbrokes League 1 Manager of the Month for January...

The Station Park side won all three league games this month, beating Dumbarton (3-2) and Stranraer (2-1) before a 2-0 victory over leaders Arbroath at Gayfield.

Forfar are fourth in the table going into Saturday's fixture against second-placed Raith Rovers at Stark's Park and have won five of their last six matches in League 1.