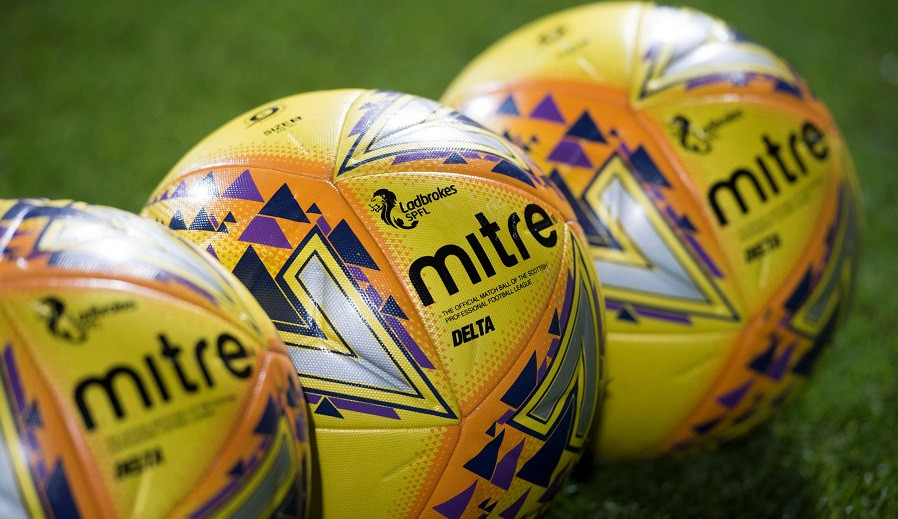 The Joint Response Group continues to meet daily. This update follows the decision of the Scottish FA Board on 13 March to suspend all football under its jurisdiction until further notice and the advice from the Scottish Government (issued on 15 March) in relation to mass events.

On Friday 13 March, implementing the Scottish FA’s suspension of the game in Scotland for an indefinite period, the SPFL Board postponed all League Matches due to take place over the weekend of 14/15 March and this mid-week.

The SPFL Board has today postponed the playing of Ladbrokes League fixtures pending any Government order and/or further direction from the Scottish FA.  The Tunnock’s Caramel Wafer Cup final, scheduled for 28 March, is also postponed on the same basis.

A UEFA conference call (involving all 55 associations, the European Clubs Association, the European Leagues and FIFPro, the world players’ union) will take place tomorrow, Tuesday 17 March.  A decision on the William Hill Scottish Cup semi-finals and UEFA Nations League play-off against Israel will be made by the Scottish FA Board after that conference call.

Ian Maxwell, Scottish FA Chief Executive, said: “The focus of the Scottish FA remains the public health, the emergency services and the health and safety of players, match officials, and staff across the game.

“Many thousands of fans are looking forward to the William Hill Scottish Cup semi-finals and the UEFA Nations League play-off against Israel.  We understand that they, and all fans of Scottish football, will want urgent clarity about those games.  We expect to be in a position after tomorrow’s UEFA conference call, to make a further announcement.”

Neil Doncaster, SPFL chief executive, said: “The significant challenges being faced by people all over the country have put sport firmly in perspective.  However, we have a responsibility to deal with the many difficult issues caused by this outbreak and are working hard with the Scottish FA, with our clubs, and with Government departments to arrive at the best possible outcome for our game.

“We are very conscious of the desire of all 42 Ladbrokes SPFL clubs and their fans to know, as soon as possible, of our plans for the league, but everyone recognises we are facing what is arguably the most challenging time in our sport’s history.

“There are undoubtedly going to be further challenges ahead, but everyone involved is pulling together as one and we will continue to make decisions in the very best interests of the game as a whole.”

Following requests for information from members and clubs, please find below rolling FAQs to inform key stakeholders of developments.

FAQs will reflect updated guidance from the football authorities and the information issued by Scottish and UK Government in response to the Coronavirus pandemic.

1. Why was the decision taken to suspend Scottish football matches?
The decision was taken in the interest of public health and in the light of both Scottish and UK Government announcements as the country entered the ‘delay’ phase of the global coronavirus pandemic.  After extensive follow-up discussions between the football authorities, the Scottish government and football bodies in England and abroad, it was decided by the board of the Scottish FA that suspension until further notice was the only course of action that could protect public health whilst providing clarity for the game in line with UK Medical Officer’s advice. The decision protects not just the general public but specifically supporters, players, club personnel, match officials and everyone involved in putting on match day events. It also reduces the burden on medical staff and the emergency services at a time when they are required to respond to the pandemic.

2. Is there a possibility that this season will be cancelled completely?
The preference remains that Season 2019/20 will be played to completion.  However, Scottish football has been suspended until further notice and the Joint Response Group will continue to discuss the developments regarding the virus on a daily basis. The Scottish FA will take guidance from governments, the UK Chief Medical Officers, the Scottish FA medical consultant, Dr John MacLean, and information provided by the World Health Organisation. Given the ever-changing landscape of the virus in Scotland – as with countries across the world – the Scottish FA will only lift the suspension when it is deemed safe to do so from the perspective of public health, but also the safety of all stakeholders including supporters, players, match officials and staff.

3. Why couldn’t SPFL matches be played behind closed doors/televised, where practical?
This was one of the options considered and an approach that has been adopted in various countries. However, it was the unanimous view of the Scottish FA Board that this approach could compromise the health and safety of other key stakeholders, not least players, match officials and staff, as well as necessitating the attendance of emergency services and medical staff.

4. What are the implications for championships, promotions and relegation?
The Joint Response Group is engaged in a contingency planning phase that will assess all possible options for the remaining season and beyond. It would be inappropriate and unhelpful to speculate on any future decisions to be taken by competition organisers.  We will, however, commit to updating clubs, supporters and other key stakeholders when appropriate in this fast-moving landscape.

5. Why have grassroots football matches been postponed when fewer than 500 people attend these matches anyway?
The Board of the Scottish FA felt it appropriate to provide clear instructions to the nonprofessional and grassroots games when a decision was made to suspend senior professional football. To reiterate, this decision was taken based on public health, the commitments of emergency and medical services, and also on the safety of those involved in the game, which applies from senior professional football to the lowest grassroots ages. This decision is also designed to protect the volunteer network that supports the grassroots game, in line with UK Chief Medical Officer’s advice.

6. Does your advice include preventing training at professional and grassroots level?
Each club, regardless of whether professional or recreational, has the responsibility to make decisions that keep its players, coaches, support staff and other employees safe.  PFA Scotland has issued its own guidance to players and we are committed to supporting our members with individual advice.

Having taken medical advice, the Scottish FA Board recommends that no training or conditioning in groups should take place for the time being.  This recommendation covers all levels of the game.  Further updates on this will be given as and when further medical advice is received.

7. What will the Scottish FA/SPFL be doing to support clubs who may experience financial difficulties as a result?
The Scottish FA and SPFL are currently reviewing all their commercial contracts to understand the financial implications of the disruption so far.

The SPFL advances club fees across the season.  The next such payment is due to be made in April.  It remains the intention of the SPFL Board to make April’s scheduled payment to clubs.  Likewise, the Scottish FA is investigating ways in which support can be established in respect of advanced payment of distribution moneys and other ways in which we can help minimise the burden for members, where practicable.

As per an earlier Joint Response Group Update, the SPFL and the Scottish FA strongly advise clubs at all levels to review their insurance policies.

8. What will be the impact of the UEFA Nations League Play-Offs being postponed or cancelled?
We await the outcome of the videoconference to be hosted by UEFA’s Executive Committee with representative from 55 countries, the Board of the European Clubs Association and representatives from the European Leagues, the ECA and FIFPro on 17 March.   We will update supporters – especially those who have purchased tickets for the match at Hampden Park against Israel – when we have a decision on whether the match will go ahead as scheduled on 26 March. We expect to receive information on UEFA Euro 2020 on this call and will update accordingly afterwards.

9. Will the William Hill Scottish Cup semi-finals and final go ahead as planned?
The semi-finals are due to be played on the weekend of 11 and 12 April with the final scheduled for 9 May. We will continue to monitor government and UK Chief Medical Officer advice in the coming days and weeks, in liaison with the participants, sponsors and broadcasters. We will make contingency plans in the event that the suspension remains in place by then and ensure any decision is made with public health, the commitments of emergency services and medical staff, and safety at the forefront of our minds. We will also ensure that clubs have ample notice to prepare for the ties and the sale of tickets.