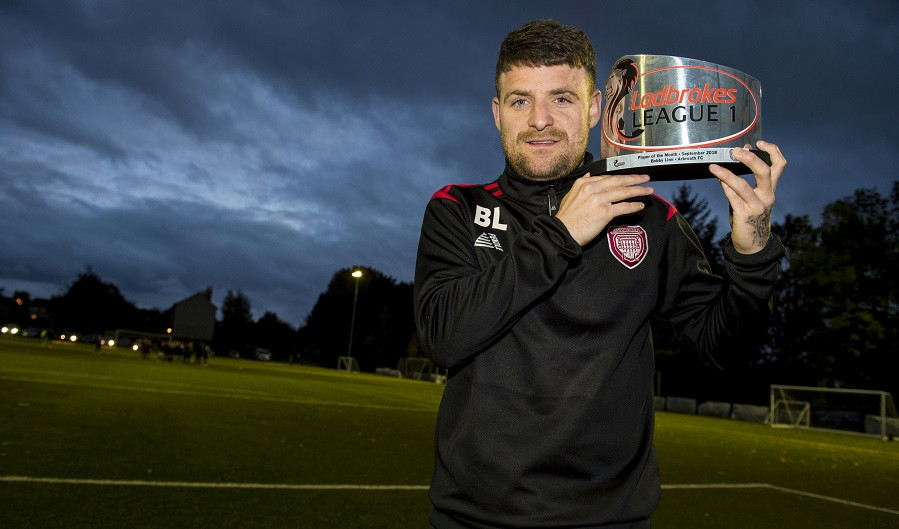 Arbroath's Bobby Linn has been voted Ladbrokes League 1 Player of the Month for September.

The 32-year-old netted a hat-trick in the 3-1 win over Forfar Athletic and was also on target against Brechin City to take his tally to seven goals in eight league games this season.

Linn has been a key player for Dick Campbell’s team, who remain unbeaten and have a four-point lead going into Saturday’s game against closest challengers Raith Rovers at Stark’s Park.