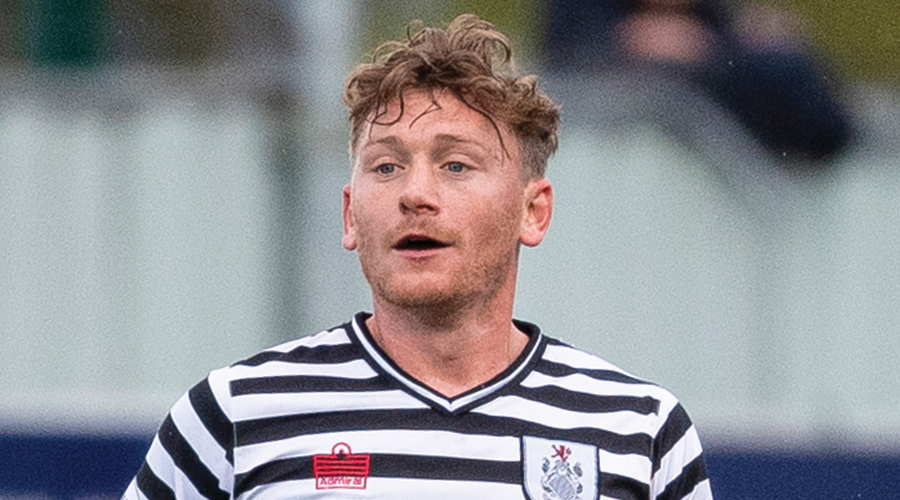 Read all about the League 2 TOTS selections here, including insight from fans and podcasters alike!

He was generally well protected by an excellent defence, but the Queen’s Park keeper and fans' favourite made a massive contribution to their League 2 success, notching up a hugely impressive 14 shut-outs in 21 games. Made his 200th appearance for the Spiders in the 0-0 draw with Elgin that clinched the title.

A model of consistency at the back, the former Alloa Athletic and Morton full-back started all 22 games for the Spiders en route to the title and was voted Scottish League 2 Player of the Year.

Kilday joined Queen's Park from Queen of the South last summer - the former Hamilton Accies and Morton man was an assured presence at the back as the best defence in League 2 last season conceded only 13 goals in 22 games.

The 24-year-old will be playing in the Championship next season after earning a move to Arboath. The former Falkirk defender initially joined City in November 2017 and has been a key player at Ainslie Park - strong at the back, good on the ball and with an eye for goal – as he showed with a first-half hat-trick in a 5-2 win over Albion Rovers in December!

"Liam Henderson has quietly developed into one of the finest centre-backs in the lower leagues since joining Edinburgh City and he the division’s stand-out performer in 2020/21. He can do all the meat-and-potatoes defending well but it is his ability on the ball that really marks him out and his progressive passing was crucial to his side reaching the play-off finals. The high point of his campaign was a nine-minute hat-trick of headers against Albion Rovers in December. Henderson has agreed to join Arbroath from the upcoming season and I’ve no doubt he will be a success in the Championship." – Craig Telfer (@CraigGTelfer)

Stirling joined West of Scotland side Darvel this summer after helping Stranraer reach the play-offs last season. The 31-year-old attacking midfielder is both a creator and a goalscorer – he netted four times last term, including a crucial strike in the 1-0 win away to Stirling Albion in mid-April.

His manager Gavin Price rates him as one of the best part-time players in the country and we are not going to argue! Has given Elgin incredible service for more than a decade and in January signed a new contract until 2024. A real goal threat from the middle of the park but can also play deeper, where his use of the ball comes into its own.

The experienced midfielder was snapped up from Ayr United last summer and was an important member of the Spiders’ title-winning side. The 29-year-old former Hamilton Accies player doesn’t always make headlines but allows the more creative players to flourish by doing his job consistently well.

The on-loan Hibernian midfielder certainly caught the eye at Ainslie Park last season, with several impressive performances and some quality goals into the bargain. The 21-year-old winger netted seven times in League 2 and scored in both legs of the play-off semi-final victory over Elgin City.

The arrival of Ryan from Dunfermline Athletic last summer was something of a coup for the Binos and the ex-Airdrie striker did not disappoint, weighing in with 10 league goals and seven assists as Kevin Rutkiewicz's side just missed out on the play-offs, having been in the top four almost all season.

Hester enjoyed an outstanding season at Borough Briggs as Gavin Price's side reached the play-offs, where they were narrowly beaten by Edinburgh City. Hester contributed 14 goals in 21 league appearances and was a constant threat with his all-action style giving defenders no peace.

"Kane Hester has stepped up to become a vital cog in the Elgin City machine. Many felt the void created by Shane Sutherland would be difficult for the Black and Whites but Hester has delivered this season taking on the challenge as Elgin’s main forward. His sixteen goals this season including a crucial hat trick against Queen’s Park ensured City took their first playoff berth in many a year. Those who judge Hester by his physical stature underestimate both his strength, resilience and ability to work tirelessly for Gavin Price’s men." - Duncan McKay (@DuncMcKay)

Orr was the Blues' leading scorer last season with eight league goals as they made the play-offs before losing to Dumbarton. He was also a creative presence, with seven assists. Has since signed for Stenhousemuir, where he will link up with his former BSC Glasgow boss Stephen Swift.

"Tam stepped up seamlessly from the Lowland League and his 11 goals made him our top scorer last season. We were blown away by his sheer work rate and pace, and he never gave up on a lost cause. His sprint from the halfway line at Brechin - leaving a defender in his wake, before providing a pinpoint cross for Darryl Duffy - demonstrated his pace and attitude. As for his finishing, have a look at Tam’s cup goal up at Brora!" – It’s No Easy Podcast (@itsnoeasy1)